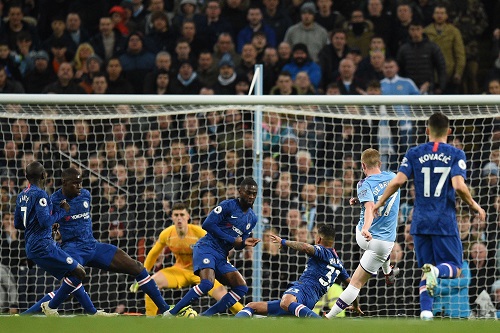 Pep Guardiola's Manchester City returned to winning ways following their 2-1 victory over Chelsea at the Etihad Stadium in matchday 13 of the English Premier League.

Guardiola's charges put the 3-1 loss to Liverpool before the international break behind them as they ease past Chelsea to collect the maximum points.

Man City showed great character and composure to comeback from behind and beat the Blues to keep their title hopes alive.

In an entertaining game, Ngolo Kante who scored in Chelsea 2-0 the win over City last season gave his side an excellent start when he broke the deadlock in the 22nd minute after latching onto a ball from Jorginho. 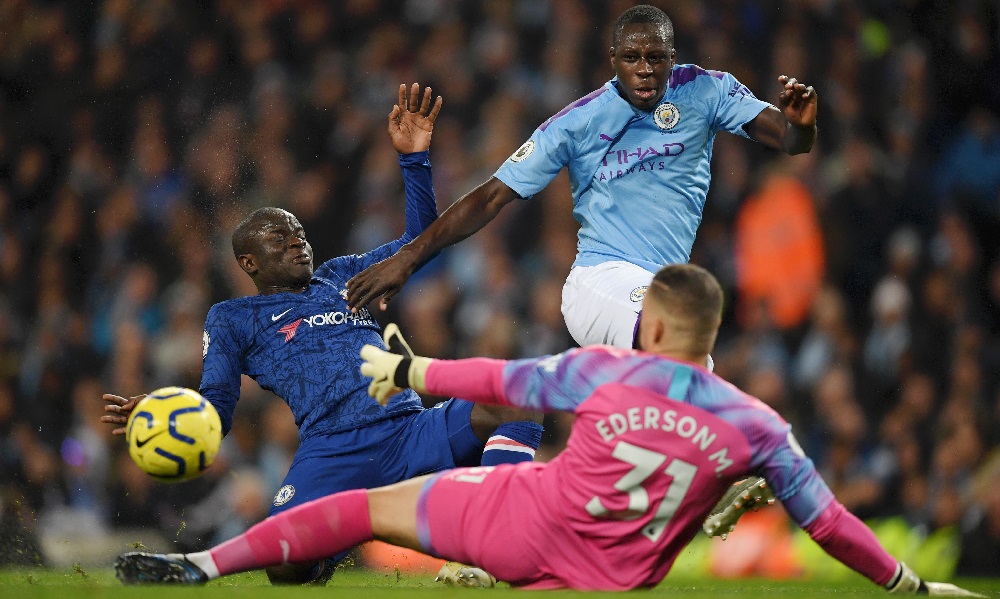 City levelled the scores moments later through Kevin De Bruyne's deflected strike before Riyad Mahrez produced a moment of magic in the 37th minute as he cut through the Blues defence like butter and fired home to put City in the lead for the first time. 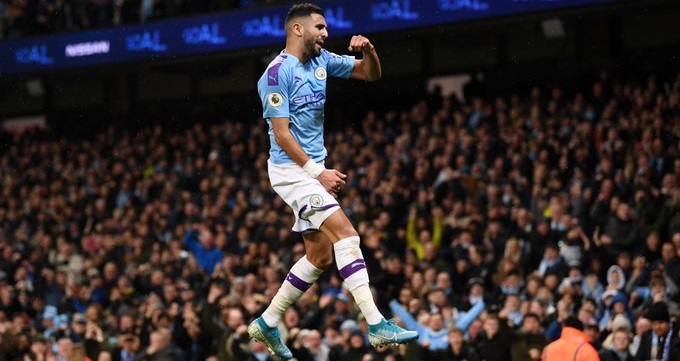 Aguero hit the woodwork at the stroke of half time following a mistake by Kepa Arrizabalaga as the opening 45 minutes ended 2-1 in favour of City.

Man City dominated the game in the second half but could not add to their tally as referee Martin Atkinson brought proceedings to an end.

The win sees City leapfrog Chelsea to 3rd on the League log.