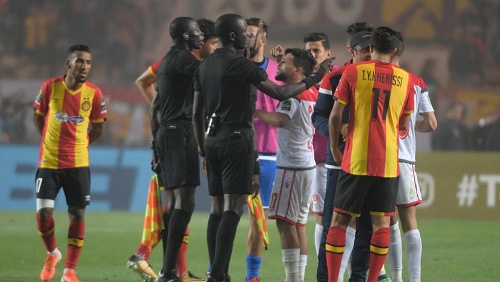 Esperance De Tunis were crowned winners after their opponents, Wydad Casablanca, refused to return to the field in protest of VAR not being implemented on a goal that was ruled out.

The moment of controversy happened in the 58th minute of the Champions League final second-leg clash, when Wydad midfielder Walid El Karti’s effort was ruled out.
Gambian referee Bakari Gassama chose not to use video assistance to review the goal, which led to Wydad walking off the pitch and refusing to return.
After the game was halted for over an hour, Gassama declared Esperance the champions due to Wydad's refusal to re-enter the pitch.

Following an emergency meeting on June 5, the African governing body came to the conclusion that the match should be replayed.

"The conditions of the game and safety were not met during the 2nd leg of the CAF Champions League Final held on May 31, 2019, preventing the match fro coming to an end.

"Consequently, the 2nd leg match must be replayed on another ground outside Tunisian territory," a CAF statement read.

However, Prime Minister of Tunisia Youssef Chamed has come out with a counterclaim that, they are bent on challenging the decision and no fault should be blamed on their security as its one of the best in the world.

“Esperance will organise an emergency meeting in the coming days to challenge this decision to the competent international authorities and take all necessary measures to legally defend its rights,” a released on the club’s Twitter account read.

”Our security forces are an example in the world and to those who question Tunisia’s security. It bears responsibility to the audience of Esperance on its discipline in the last game. We recognize the right of Esperance and the right of any Tunisian association”