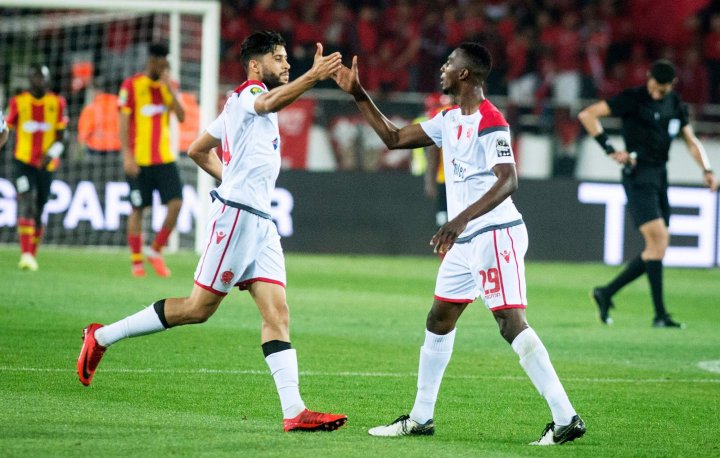 The Confederation of African Football (CAF) officially decided that Morocco’s Wydad Athletic Club (WAC) and Tunisia’s Esperance Tunis (EST) will play a rematch for the controversial Friday (May 31) night game.

The executive committee is considering if the Rades Stadium, in Tunisia, should be suspended as a consequence of the foul play from one of its referees in combination with the Video Assistant Referee technology (VAR) being out-of-order during crucial moments of the match. There might also be a fine for Esperance and the Tunisian Football Federation (FTF).

FTF requested that the match be scheduled after CAN 2019 in Egypt. That request has allegedly been denied.

After a football scandal that Wydad Athletic Club chairman, Said Naciri has deemed a “total shame for African football,” CAF had convened an emergency meeting in Paris to examine the unprecedented controversies between Tunisian Esperance and WAC.
The scandal was caused when the VAR, was said to not be functioning when it was necessary to review critical moments of the match. By not having the VAR in functioning order prior to the match, the referee allegedly breached several rules of the game, costing WAC the goal which would have tied the CAF Champions League 2018/2019.

WAC players protested the referee when Esperance was declared the championship winner, leaving Wydad behind with the final score of 2-1 behind. CAF President Ahmad Ahmad sided with Wydad, arguing that the goal, which was rejected during the second leg, was legitimate. Eventually, he called for an emergency meeting to be held on Tuesday to discuss the VAR controversy during the second leg.

On Tuesday, CAF decided to postpone this emergency meeting about the CAF Champions League game until after the re-election of FIFA President Gianni Infantino.

Moroccan television channel Arriadia announced that Infantino was re-elected today as President of FIFA without opposition. The meeting was then rescheduled to Wednesday, where the decision was made.