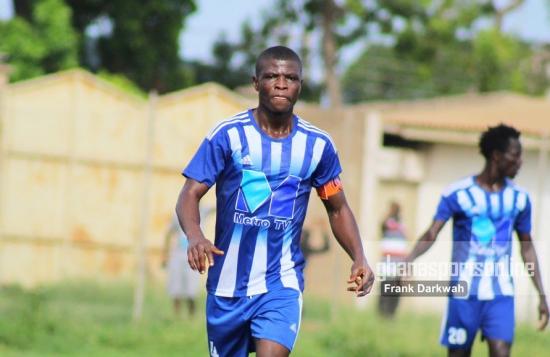 Former Hearts of Oak defender Dan Quaye has revealed that he is a big fan of Kumasi Asante Kotoko.

The former defender made this revelation in a recent interview with Citi TV.

According to him, he tried to join his favourite team (Kotoko) towards the end of his spell at Hearts of Oak but the move did not materialize.

He however has no regrets regarding his inability to represent the Porcupine Warriors.

“It is true that I wanted to play for Kotoko.

“After the Confederations Cup I made steps to play for Kotoko but for some reason it did no happen.

“I ended up being picked for the World Cup when I returned.

“I don’t regret not being able to play for Kotoko because I played for one of the biggest teams and won lots of trophies,”

Dan Quaye won a host of trophies during his stay with Hearts of Oak. He was instrumental in the club's six league title successes along with helping them lift the CAF Champions League in 2000 and CAF Confederation Cup in 2005.

Quaye later in his career spent time playing in the Chinese league with Chongqing Lifan but eventually returned to Ghana to finish his career with Great Olympics.

He featured for the Black Stars as well and was part of the 2006 World Cup squad.