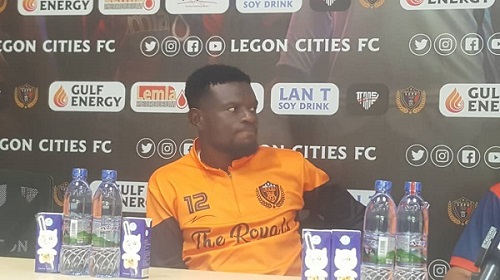 Speaking in a radio interview, Dauda, who doubles as the captain of Legon Cities, called on the country's football body to set up the goalkeeping department which will help the country to unearth talents.Â

â€œI will suggest to the Ghana Football Association to open a goalkeeping department so that after every game goalkeepers will be monitored on their performances. Its also an opportunity to identify more talentsâ€, Fatau told Happy FM.

Sporting activities in the country including the 2019/20 league season have been suspended following President Akufo-Addo's directive.

Due to this,Â  teams have broken camps and have handedÂ designed special training routines for their individual players.

However, 34-year-old has insisted that, unlike outfit players, it is difficult for a goalkeeper to train alone.

â€œItâ€™s difficult to train at home at this point. As a goalkeeper, you will need endurance and you will have to train so you can maintain your composure and reflexes.

â€œGoalkeeping is different from the outfield players, so as a goalkeeper you need to adopt different methods to train whilst at homeâ€, he said.

â€œThe goalkeeping department is different that is why they have a special coach assigned for the roleâ€, he added.