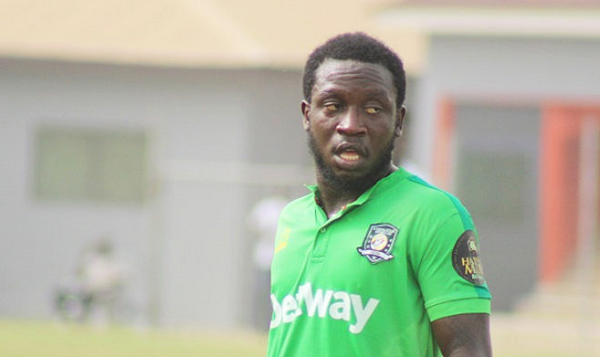 Aduana Stars captain Elvis Opoku has expressed his desire to join Legon Cities should negotiation go through between the two clubs.

The Royals are scouting for players to augment their squad as the second transfer window has been opened and have set their sight on the Ogya Lads midfielder who has impressed for the two-time Ghana Premier League champions this season.

Speaking to Kumasi-based OTEC FM,Â 26-year-old said an official approach has not been made but he is ready to play for the one-time Ghana Premier League champions.

"I still have a contract with Aduana Stars but I have no problem if they are ready to release me to any club. I've been told by Aduana Stars management for a possible move to Legon Cities and am ready to join them if they agree to my terms."

"I'm doing my background checks if the team is good for me or not because as a player you need to do some checks before moving to a team."

Primenews understand the deal is worth GHâ‚µ60,000 and the 19-year-old is set to travel for a medical before putting pen to paper on a 3-year deal.

Attuaquaye has scored one goal with two assists in his 14 appearances for Berekum Chelsea in the 2019/20 Ghana Premier League campaign.

The Ghana Premier League is on break after all sporting activities were put on hold due to the outbreak of the COVID-19 pandemic.