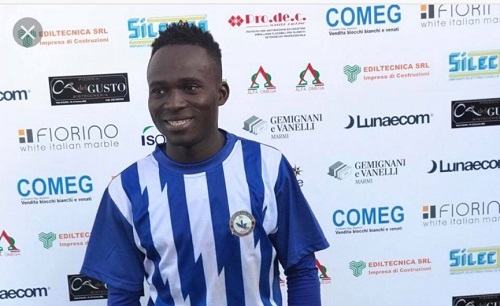 Primenews understand the deal is worth GHâ‚µ60,000 and the 19-year-old is set to travel for a medical before putting pen to paper on a 3-year deal.

Attuaquaye has scored one goal with two assists in his 14 appearances for Berekum Chelsea in the 2019/20 Ghana Premier League campaign.

Legon Cities are also seeking for the services of four Asante Kotoko players to beef up their squad.

They have officially written to the Porcupines for the services of Ampem Dacosta, Kingsley Effah, Evans Owusu and Douglas Owusu Ansah.

The Royals are taking advantage of the opening of the second transfer window to augment their squad after their poor start to the season.Â

They sit a place above the relegation zoneÂ with 16 points.

Ghana Premier League club, Legon Cities FC has backed the decision by government to suspend all sporting activities in the country in the wake of coronavirus spread.

The President in an address to the nation on March 15 said all public gatherings including conferences, workshops, funerals, festivals, political rallies, sporting events, and religious events such as services in churches and mosques have been suspended for the next four weeks.

A directive Legon Cities has thrown its weight behind, as the nation put up measures in place to combat the virus.

The club further urged all of its followers and the public to follow the preventive measures put out by the World Health Organization to ensure everyone stays safe.