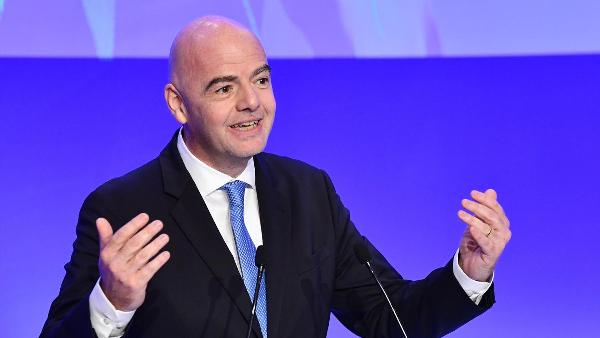 FIFA are considering changing football's traditional 90 minutes of action to 100 ahead of the World Cup in Qatar.

According to Corriere dello Sport, via Football Italia, FIFA are looking to increase match time by 10 minutes, to combat the ball in play times during games.

The issue comes from the fact that the ball doesn't actually stay in play for long in football matches, certainly not as long as might be expected.

According to the CIES Football Observatory, the ball only remains in play for 64.7% of matches in the Champions League, and that number drops to just 62% in the Premier League.

England's top tier has the lowest percentage of the big leagues, although the Championship is even lower with just 57.2% of ball in play time.

FIFA are hoping to improve the amount of time that the game is being played by adding an extra 10 minutes, although it wouldn't improve the percentages.

The idea is said to have come directly from FIFA president Gianni Infantino, whose presidency is set to run until next year, when he could run again for another four year term.

Playing an extra 10 minutes would still have to be approved by International Football Association Board. IFAB, who decide on changes to the rules.

FIFA are set to introduce more teams at the World Cups in the 2026 edition in USA, Mexico and Canada to feature 48 sides in the finals for the first time.