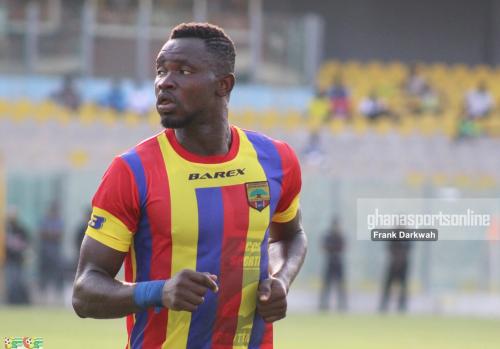 The centre back has joined the two time FA Cup winners on a  two-and-half-year deal.

A club statement read: "Medeama is delighted to announce the signing of experienced defender Vincent Atinga on a two-and-half-year deal.

The centre-back joins the Mauve and Yellows on a free transfer.

He has now signed a permanent contract which will see him remain in Tarkwa until 2023.

Atinga has an extensive playing résumé having featured for Ghanaian giants Hearts of Oak as well as Ebusua Dwarfs.

He also featured for Kuwaiti side Al-Shabab as well as Tirana and Al Qadsia."

Medeama is delighted to announce the signing of Vincent Atinga on a two and half year deal.#MEDSC #MauveandYellow 💜💛 pic.twitter.com/8vFBrps2Yr

Atinga is expected to use his experience to aid the club in their quest to win the Ghana Premier League. The league is on a two-break after the end of the first round.