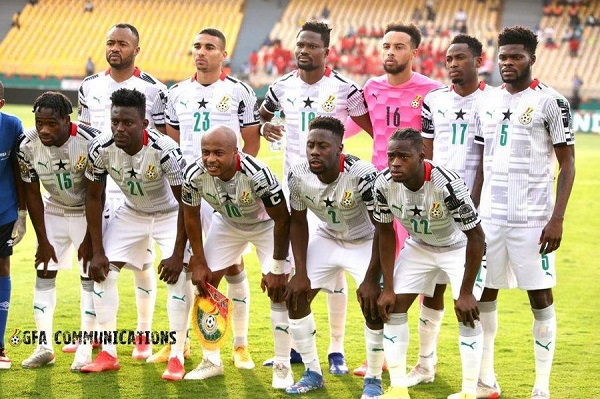 The Ghana Boxing Authority (GBA) has sent a goodwill message to the Black Stars ahead of the FIFA World Cup Qatar 2022 playoff 1st leg clash today.

The message was contained in a letter signed by President Abraham Kotei Neequaye and copied to the General Secretary of the Ghana Football Association.

‘’The Ghana Boxing Authority is optimistic in the Black Stars to defeat Super Eagles on Friday, 25th March at the Baba Yara Sports stadium in Kumasi and go ahead to record a good result in their second leg at the Moshood Abiola Stadium in Abuja, Nigeria.

‘’The GBA President Abraham Kotei Neequaye expresses his joy regarding the preparation, planning and management of the team by the new head coach of the Black Stars Otto Addo and Mr. Kurt Okraku, GFA President.

‘’On behalf of the Execitive Board Members of Ghana Boxing Authority, the entire stakeholders in Boxing and Members of the Boxing fraternity, I wish the Black Stars players the very best of luck in both two legged matches devoid of any injuries, casualties, ill-luck and calamity.

‘’The GBA will support the Black Stars physically and spiritually for possible victories in both matches to catapult Ghana to the FIFA World Cup Qatar 2022’’ the Statement read.

The two West African sworn rivals with will face each other over two legs scheduled for Friday, March 25 and Tuesday, March 29 with the winner set to join the party to the global showpiece in Qatar.

The 1st leg will take place at Baba Yara Sports Stadium at 19:30Hrs on Friday, March 25.