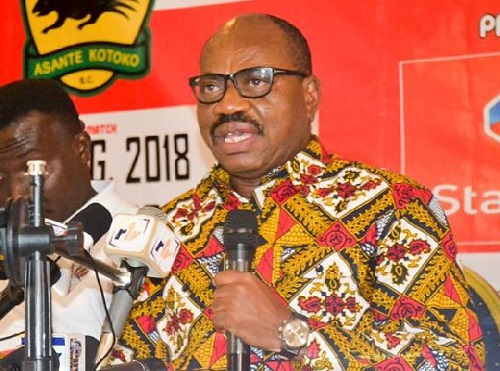 Delegates of Ghana Premier League clubs have elected five personalities to represent them on the Ghana Football Association Executive Council for the next four years.

AshantiGold's CEO Frederick 'Ache' Acheampong and Asante Kotoko CEO George Amoako amassed 11 and 10 votes respectively to secure their position on the GFA Executive Council for the next four years.

The remaining 3 slots were by picked by Anthony Aubynn who pulled 14 votes, while Kingsley Osei Bonsu and Nana Sarfo Oduro got 10 and 9 respectively.

Hearts of CEO Frederick Moore missed out while Aduana CEO Albert Commey failed to retain his seat on the council.

Earlier in the day, Madam Habiba Atta Hanson was elected to represent Women Football on the executive council whilst Randy Abbey, Mark Addo and Samuel Anim claimed the 3 slots available to represent Division One League Clubs.

The newly elected members will be sworn in later today (5:00 PM) at the GFA secretariat.