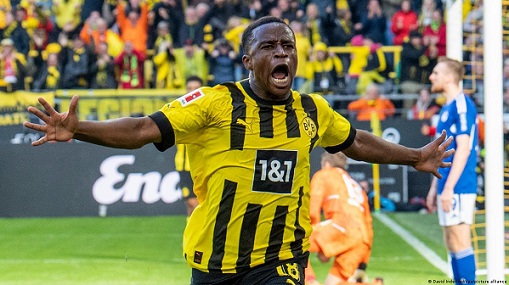 Youssoufa Moukoko has been called into Hansi Flick's World Cup for Germany just 10 days before his 18th birthday after an excellent few weeks for Borussia Dortmund.

Moukoko scored twice at the weekend during Dortmund's 3-0 win over Bochum and has become their regular starting striker recently, relegating summer signing Anthony Modeste to the bench.

The hero of 2014 Mario Gotze is also included after being left out in 2018. He rebuilt his career admirably first with PSV Eindhoven and now this season with Eintracht Frankfurt.

Another young Dortmund star, Karim Adeyemi is also included. However their captain Marco Reus misses out through injury whilst vice-captain Mats Hummels has been left out by Flick despite his fine form.

Southampton's Armel Bella-Kotchap is one of the names included at centre-back. In terms of other Premier League representation Thilo Kehrer, Kai Havertz and Ilkay Gundogan.

One of the big shocks of the squad is Werder Bremen forward Niclas Fullkrug, who is the second-top scorer in the Bundesliga this season with ten goals and more of a physical centre-forward, who should give Flick an interesting alternative option.

Freiburg captain Christian Gunter is included as well as RB Leipzig's Lukas Klostermann in some other surprise inclusions. 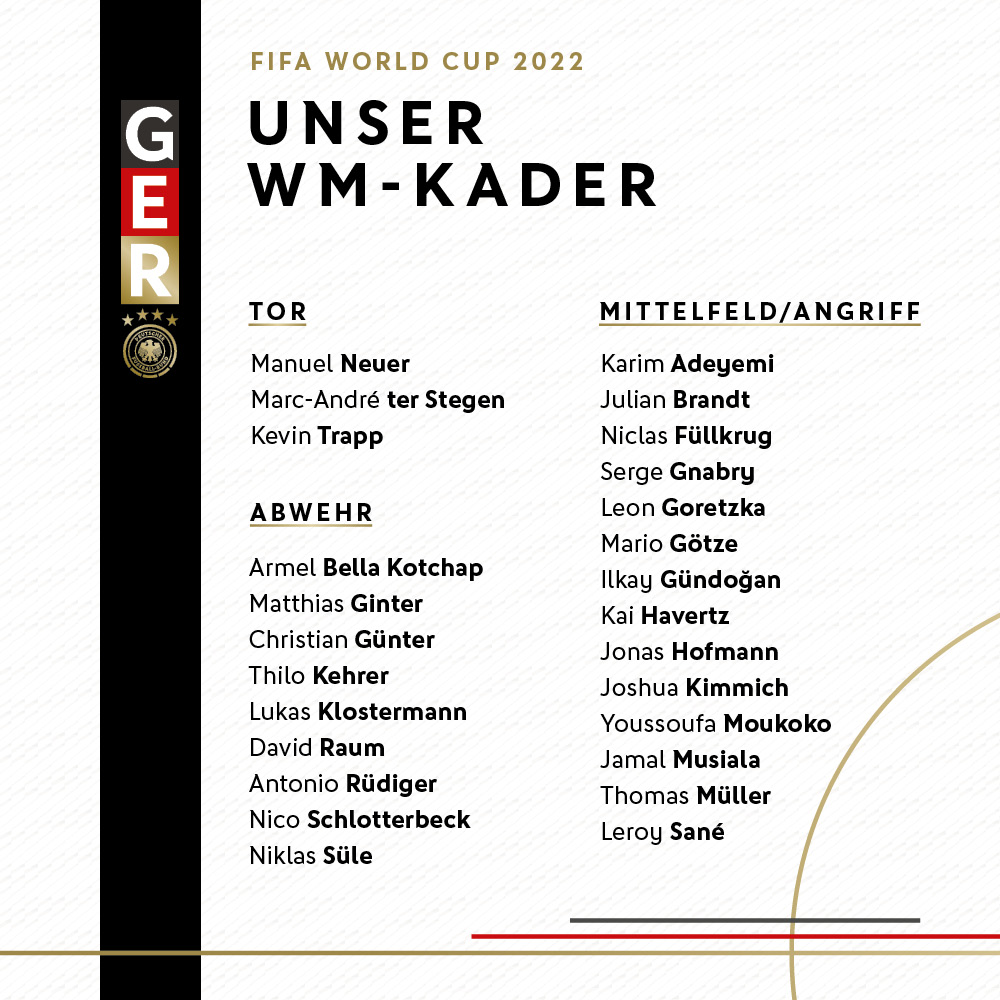