GFA demotes AshantiGold to Division Two due to match-fixing 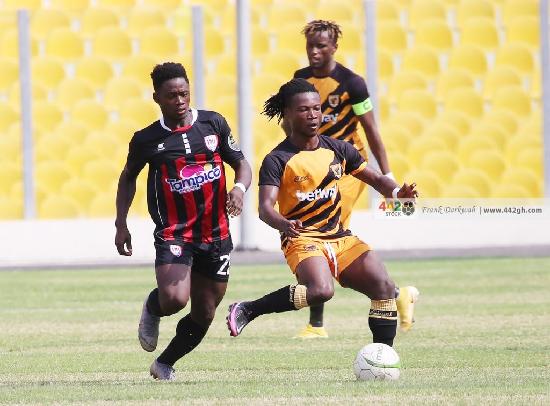 Ashantigold SC have been demoted to the Division Two League after being found guilty of match Manipulation in their 2020/21 Ghana Premier League Matchday 34 game against Inter Allies FC.

The action relates to a Ghana Premier League game at the end of the 2020/2021 season when Ashantigold beat Inter Allies by 7-0. An Allies player, Hashmin Musah, scored two own goals and later admitted his action was to spoil a bet placed on the said game.

The club’s President, Dr. Kwaku Frimpong, and his son, Emmanuel Frimpong, who is the club’s Chief Executive Officer, have also been banned from football activities for 10 years and 8 years respectively.

Eight players of the club have also been banned for two years each after being found guilty of match manipulation, while a further five players have also been handed four year bans for failure to appear before the GFA’s Disciplinary Committee. 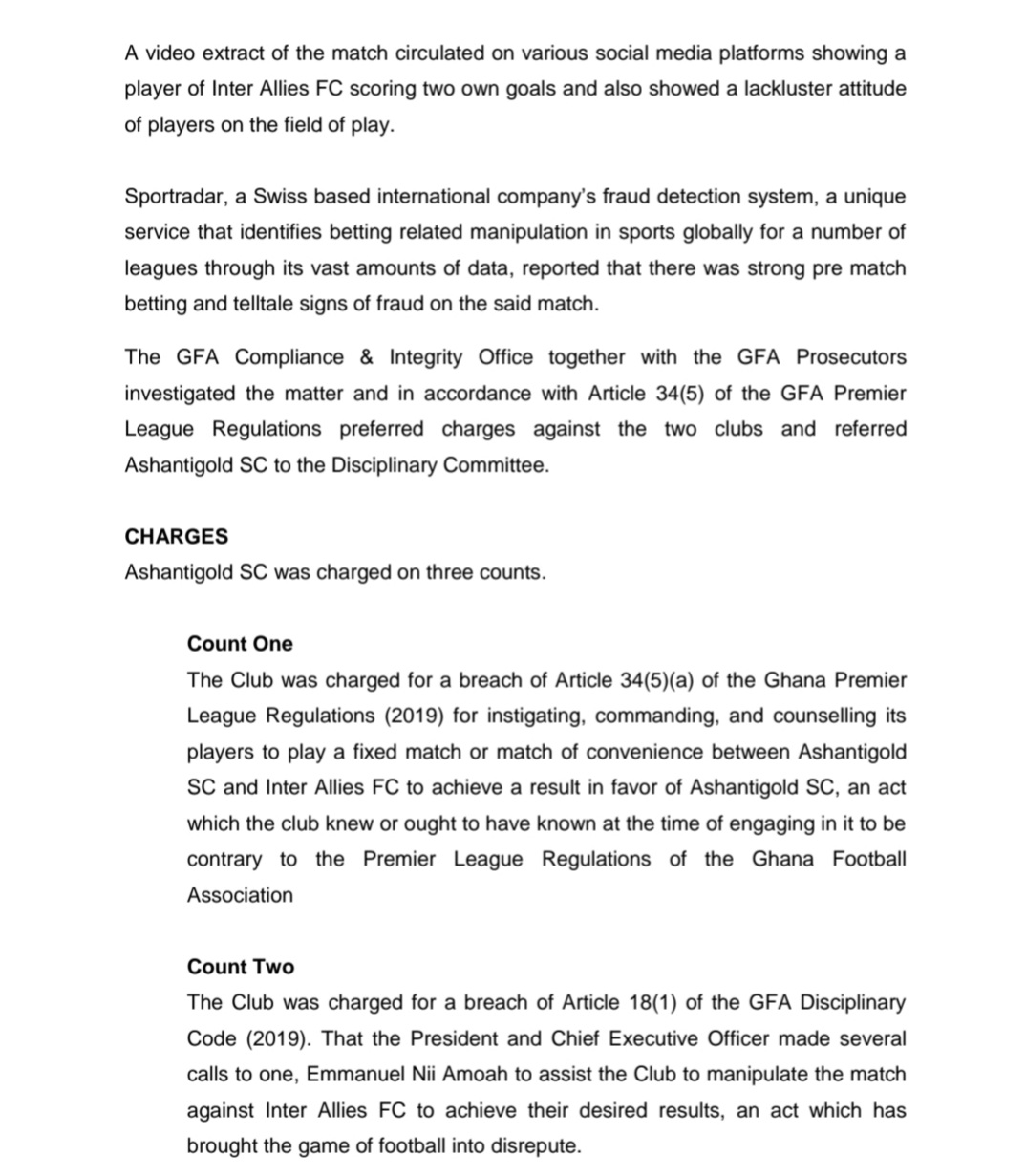 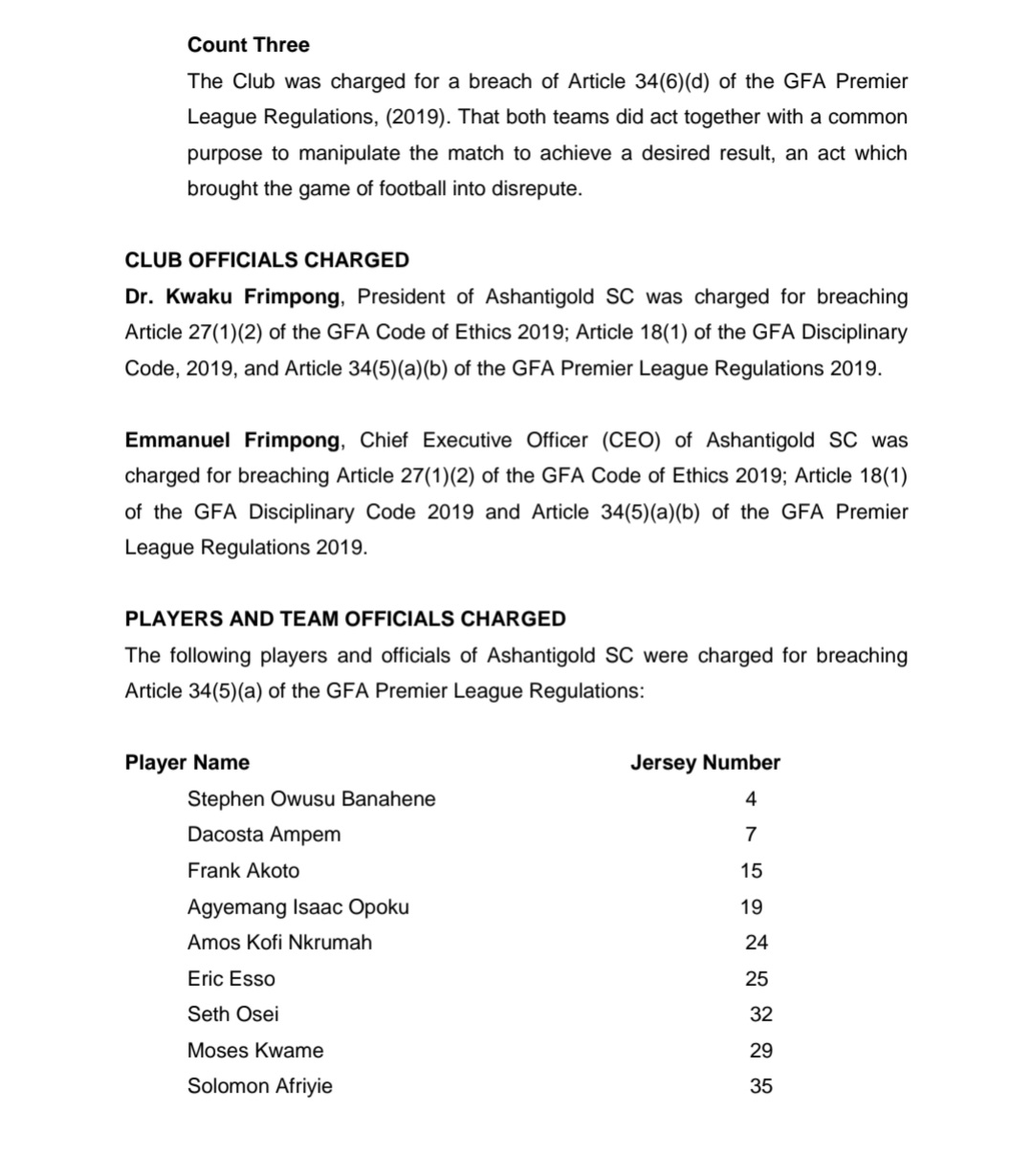