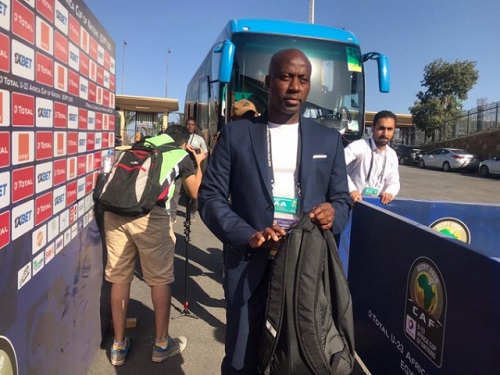 the GFA's decision on Wednesday to name CK Akonnor as the new coach of the senior national team.

However, speaking to Joy FM on Saturday, Randy said the decision to pick C.K Akonnor as head coach of the Black Stars is in no way an indictment on the competence of Ibrahim Tanko.

He added that the GFA is confident that Tanko who is now the head coach of the Black Stars B will do a better job with the local team.

"Tanko is held in high esteem by the Ghana Football Association and it is for that reason that he has been given an important job as head coach of the local Black Stars. We know his quality and we are hopeful that he will do a good job where he has been placed."

The Black Stars B have failed to qualify for successive CHAN Championship Ibrahim Tanko's appointment he is expected to qualify the nation to the next edition of the tournament.