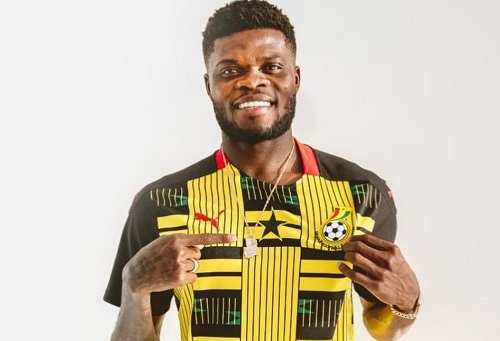 The Ghana Football Association (GFA) have announced that they will soon make available, replicas of the new PUMA kits for public consumption.

The country's football governing body said they have already held discussions with the kit’s manufacturer, and wishes to set forth that plans are advanced to give Ghanaian football fans a treat.

According to them, they will soon disclose all approved sales shops and outlets across the country for easy access to the jerseys.

On Monday, October 5, the GFA confirmed the newly designed kits by Germany based kits manufacturer, PUMA the Black Stars and other national football teams will be wearing.

Ghana’s home kit is dominated by white and black with a black star boldly fixed on the chest of the region, a symbol that represents unity and emancipation.

The second kit is more of a gold colour with a touch of kente, representing Ghana’s rich culture, tradition and authentic stories.

The two kits will be on display on Friday, October 09, during the International friendly against Mali in Antalya, Turkey.

The stars will later take on Qatar, in another friendly on Monday, October 12, 2020.

The likes of Richard Ofori, John Antwi, Kudus Mohammed and Lumor Agbebyenu will not be part of this month's friendlies.

Ekuban has been drafted in to replace John Antwi, while Paintsil replaces Lumor Agbenyenu.