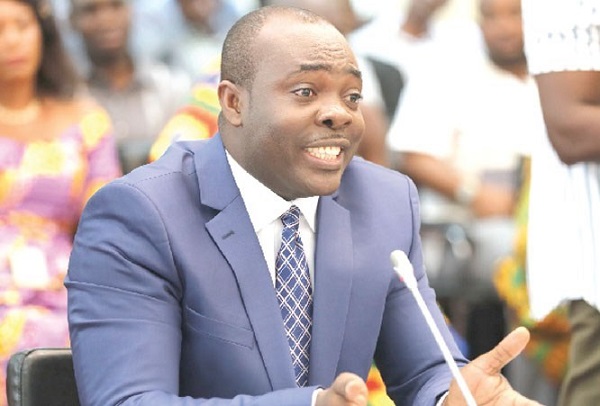 The Minister for Youth and Sports Isaac Asiamah has told the Parliament of Ghana that 4.5 million dollars was spent on Black Stars Africa Cup of Nations campaign.

The Minister who was in parliament today July 24, 2019, to answer questions about how Black Stars fared in the tournament and render accounts to the nation said Ghana budgeted 6.3 million US Dollars for the Black Stars training camp and AFCON campaign. Out of that, 4.5 million dollars was used. The remaining 1. 7 million dollars will be returned to the state.

Ghana only played 4 games at the tournament and were eliminated in the round of 16 by Tunisia.

The Minister told the speaker that: "As I stated earlier, a detailed Tournament Report is to be provided by Committee by 26th July 2019 after which major recommendations with regards to the re-organization of football in Ghana will be taken".

The amount spent by Ghana on the tournament is the same as the prize money Algeria who won the AFCON 2019 received.

Below is the breakdown 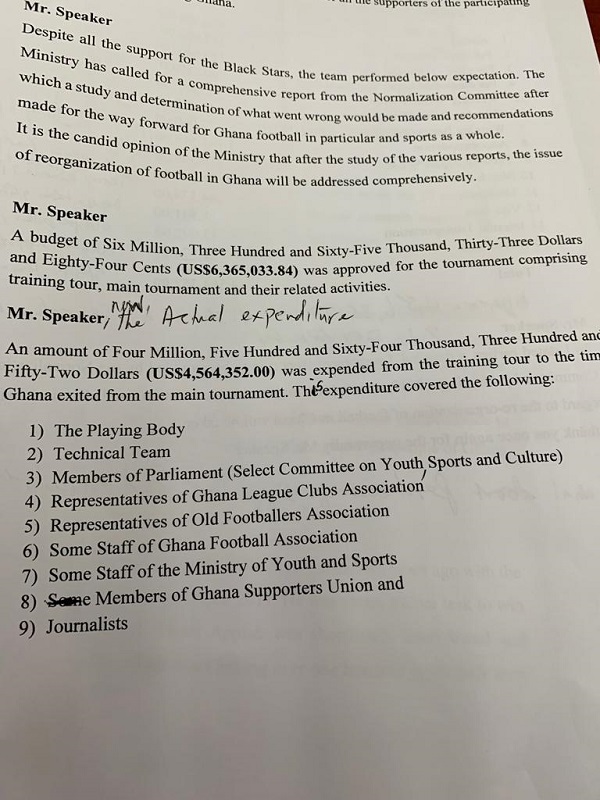 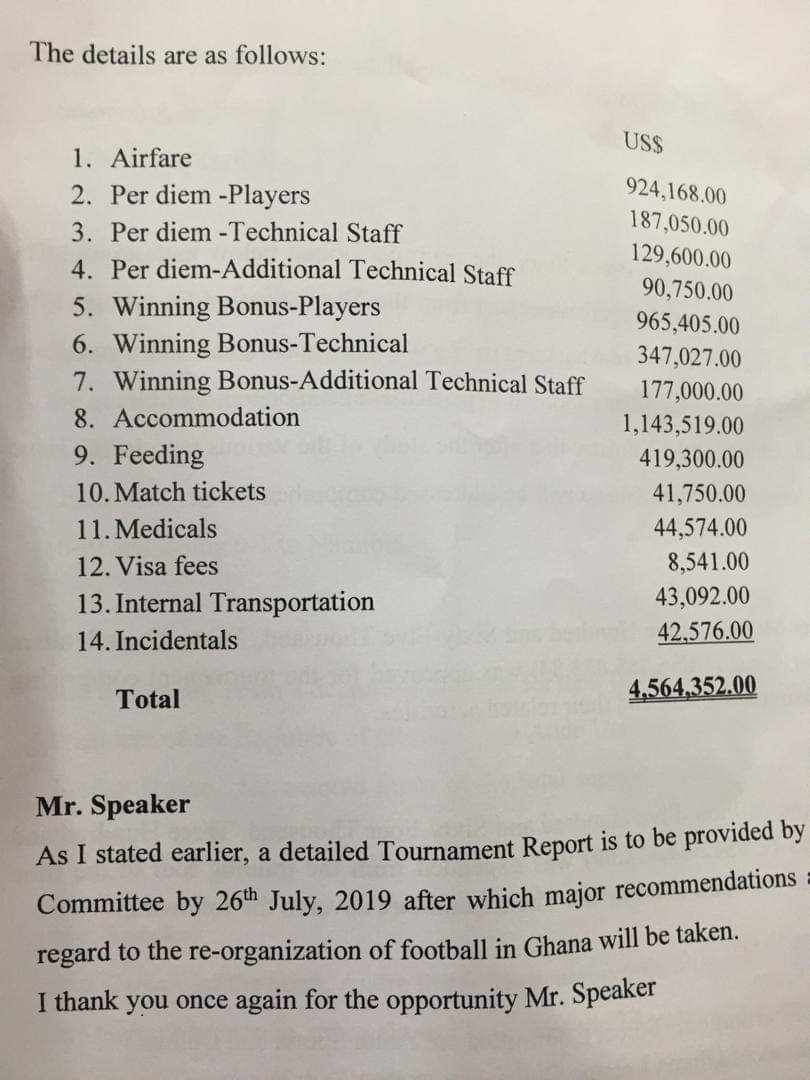