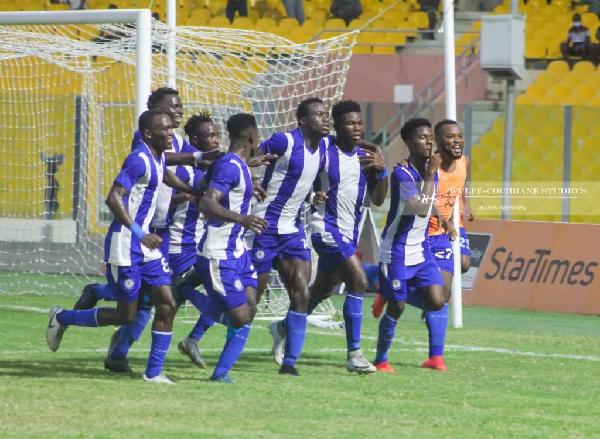 Great Olympics have moved to 3rd on the Ghana Premier League courtesy victory over Berekum Chelsea on Friday.

The Wonder Club hosted the Berekum-based side at the Accra Sports Stadium and recorded a 2-0 win over the visitors on matchday 28 of the Ghana Premier League.

Coach Annor Walker's side had the bright of starts as Amos Acheampong shot his outfit into an early lead in the opening 3 minutes of the clash.

Olympics went into the break with the lead and added a second in the second half.

Although Berekum Chelsea came into the game stronger in the second half, with was the home side who doulbed their advanatege after a true pass to Samuel Ashie Quaye saw him go for a delicate chip to beat the onrushing goalkeeper Malik to make it 2-0.

The win has propelled the Dade Boys to climb back into the top four of the Ghana Premier League standings.