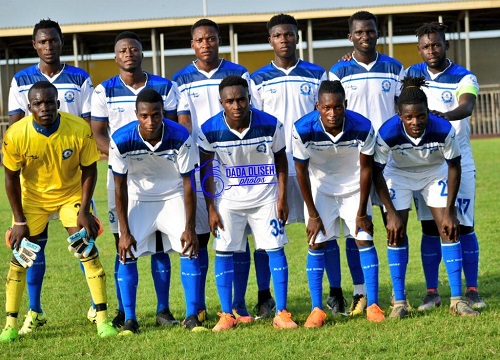 Ghana Premier League sides Dreams FC and Great Olympics are set to play a friendly match as part of preparations for the new season.

The match will be played at the Vision FC Arena at Amrahia on Sunday, December 1 at 3:00 pm.

READ ALSO: We will boycott League if our arrears are not paid - RAG boss

Dreams FC have been engaged in a series of friendlies including clashes with Inter Allies and Wa All Stars while Olympics have done same.

The Wonder club have been reinstated into the Ghana Premier League for the upcoming season following a decision by the Congress of the GFA held on October 25. They last weekend play a 1-1 stalemate against Attram De-Visser FC.