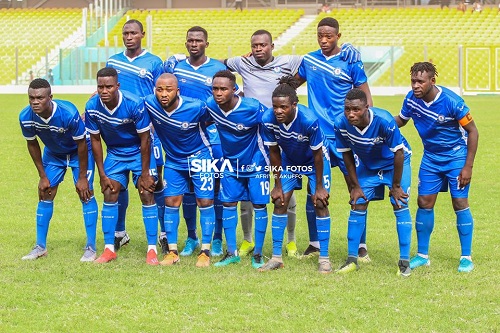 The General Manager for Accra Great Olympics, Oluboi Commodore has confirmed that the club will be making new additions to the team in the coming days.

Olympics have been reshuffling their squad after a not so impressive opening 15 matches in the suspended Ghana Premier League.

According to the OluboiÂ Commodore, the club will ship out 13 player due to theirÂ  poor performances and they gap will be filled by another set of players who will help them mount a strong challenge in the second round when the league resumes.

"A lot of players have been shown the exit. We are also bringing in a lot of players. We have scouted some very good players. Not players that will come to justify their inclusion. Some are from WAFA.

â€œFor the players put on transfer we have already told them and with time we will list their names. They are 13 players. And the players coming in are ten playersâ€, Mr. Oluboi said.