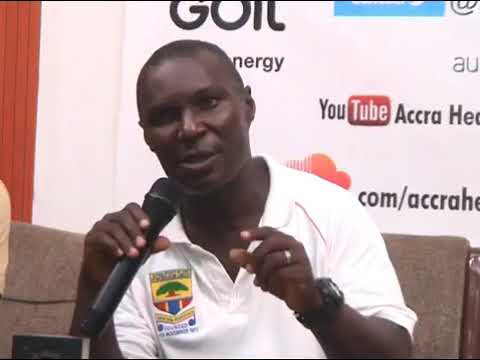 Hearts of Oak’s head coach, Edward Nii Odoom says he is happy with his outfit securing a point against WAFA yesterday.

The Phobians held WAFA to a goalless draw game at the Sogakope Park on matchday 4 earning their first point in 5 years against the Academy Boys.

Speaking after the game, interim boss Odoom said the players played to his instructions.

We came with a well-rehearsed plan and my boys did it perfectly,

I thank the supporters who came from far to cheer us it really motivated us.

I know WAFA well so we came with a well-rehearsed plan, that we start by high pressing and when we get the what we need then we do medium pressing and that was what my boys did.

It is a very good result we came to win and not to draw but we will take the stalemate anyway.

Hearts of Oak Fatawu Mohammed said the players had pep talk with each other prior to WAFA game and it really played a part in their draw.

''We the players had and meeting and talk about how we have not been getting results at the Sogakope Park.''

He further pleaded with the supporters to be patient with the club as they will come good despite their slow start to the season.

Hearts of Oak next game is against Liberty Professionals on matchday 5.