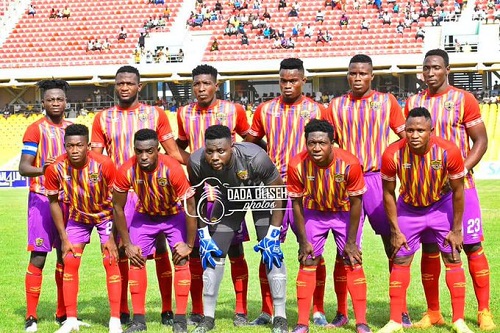 Ahead of their independence day friendly game to be staged in London, United Kingdom against Asante Kotoko, Hearts of Oak's 30-man delegation for the clash has been confirmed.

Hearts of Oak will travel with a playing body made up of 20 players, 3 goalkeepers, 6 defenders, 5 midfielders, and 6 attackers.

The two most glamorous clubs in the West African country will go head to head at the Barnet Stadium in London on Saturday, March 7, 2020, to mark Ghanaâ€™s 63rdÂ Independence Anniversary Celebration.