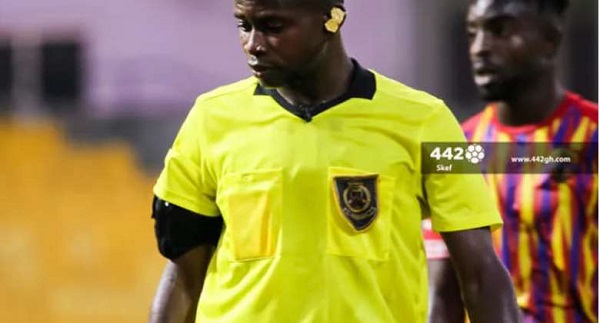 Hearts of Oak are set to petition the Ghana Football Association, GFA over the performance of referee Ken Paddy in their narrow defeat to Asante Kotoko.

The match official grabbed the headlines following his decision to award Asante Kotoko a penalty in the matchday 24 fixture at the Baba Yara Stadium on Sunday.

However, the decision by Ken Paddy to award Kotoko a penalty is wrong says Hearts of Oak board member Dr. Nyaho-Nyaho Tamakloe.

According to him, the Phobians will petition the GFA over the performance of the referee.

He also described the referee as useless after the defeat.

“The referee today was very useless. If this is the level of officiating we are going to witness from our referees, we will call for foreign referees for games like this. There was no penalty there to take,” Dr. Tamakloe said.

The win means Kotoko go 16 points clear of their archrivals with 10 games still to go while the closest to Kotoko are Bechem United, who are eight points behind the league leaders.