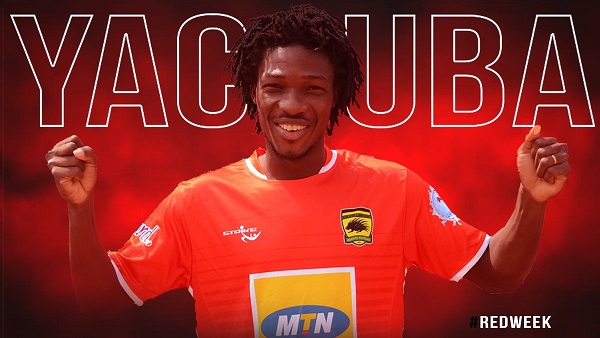 The Burkinabe international had until recently been the Porcupine Warriors’ potent man upfront but now appears to struggle for form since undergoing minor surgery in November last year.

Yacouba has fired blanks in Kotoko’s three games in the Caf Confederation Cup so far and was quite profligate in their last game against Coton Sport FC in Cameroon last Sunday.

“Songne Yacouba is a very good striker but his performance is declining,” he bemoaned adding that “the technical team and his colleagues should help him more on the field of play,” he told Kumasi-based Ashh FM.

“The technical team should play a formation that will suit Yacouba because he’s a very good striker and will help Kotoko in the competition,” Isaac Boakye added.

Asante Kotoko, holding a 3-2 advantage from the first leg, will be hosting Coton Sports FC at the Baba Yara Stadium on Sunday, January 20 in the final playoffs to the group stage of the 2018/19 Caf Confederation Cup.
Latest sports news in Ghana