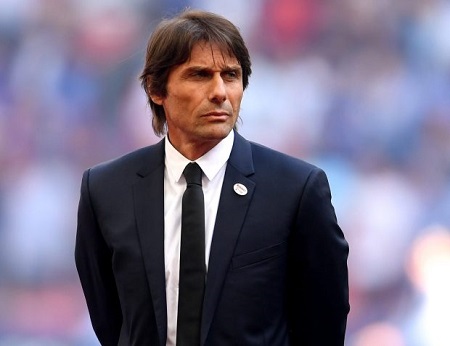 Inter have confirmed the appointment of Antonio Conte as their new coach following the departure of Luciano Spalletti.

Despite qualifying for the Champions League by finishing fourth in Serie A, Inter announced the dismissal of Spalletti in a short statement on Thursday.

The news came as a surprise to few, as rumours had linked Spalletti with the sack for several weeks with Conte mooted as his potential replacement.

Speculation went into overdrive on Wednesday when a photo of Conte with Inter's media team surfaced on social media, and the club made an announcement early on Friday.

“Determined and ambitious, Antonio Conte is now beginning his Inter adventure," the club statement reads. "Right here before us, we have two entities with the same objective and outlook – that is to win. Head, heart and legs are the three words which sum up Conte’s career.”

The 49-year-old also expressed his excitement at taking over the Serie A side.

"A new chapter in my life is beginning, I'm really excited," Conte said in a statement.

"Through my work, I'll try to repay all of the trust that the president [Steven Zhang] and directors have placed in me. I have chosen Inter because of the club it is, because of the project's sound basis and how ambitious it is. Because of Inter's history.

"I was struck by the club's transparency and the desire to bring Inter back to where it belongs."

A title winner in both Italy and England, Conte will reportedly receive a base salary of €10 million (£9m/$11m) for the first two seasons he is in charge.

“I’m sure that Antonio Conte is one of the best coaches out there," Inter president Zhang told the club's website. "I’m certain that he’ll help us achieve our objective and fulfil our mission, one which has always remained the same: to make this club one of the best in the world again.”

The 49-year-old had been out of a job since leaving Chelsea last year, having paid the price for finishing fifth in the Premier League. However, the season before he had led the Blues to a league and FA Cup double.

He returns to Serie A having won the competition three times as coach of Juve, who he left in 2014 to take charge of the national team.