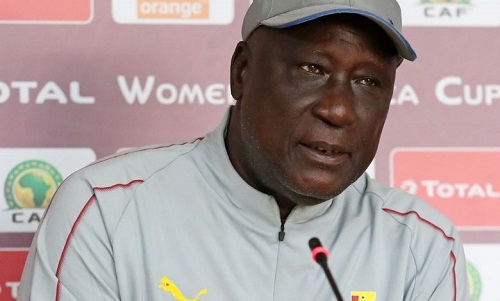 The two sides as part of preparations for their respective competitions, lock horns at the Accra Sports Stadium where Bashir Hayford's side lost by 3-1 to the Black Stars

The Royals are preparing for the commencement of the second round of the Ghana Premier League whilst the Black Stars are keeping shaping for the AFCON 2021 qualifiers doubleheader against South Africa and Sao Tome and Principe.

"This was a very good test for us. We have a lot of positives to take from the game. We will continue to work and be ready for the start of the second round. Asamoah Gyan showed his class as usual," Bashir Hayford said after the game.

READ ALSO: AFCON must 'be every two years', not four - CAF President Motsepe

The Black Stars on Wednesday, afternoon defeated Legon Cities FC 3-1 in a friendly encounter as the team stepped up preparations for the resumption of the qualifying matches to next year’s Africa Cup of Nations (AFCON) tournament.

Ghana will later this month take on South Africa on the road before returning home to host Sao Tome & Principe in the two final matches in Group C of the qualifiers to the continental showpiece.

Unsure whether foreign players will be available for the two games, Black Stars head coach CK Akonnor has been preparing with some local players in addition to midfielder Mubarak Wakaso and striker Emmanuel Boateng.

In a game that failed to produce a goal in the first half, both teams combined for four in the second half.

Striker Kwame Opoku opened the scoring for the Black Stars before midfielders Mubarak Wakaso and Moro Salifu also found the back of the net to put the national team in control.

Later in the game, substitute Asamoah Gyan netted a consolation goal for Legon Cities FC as the friendly eventually ended 3-1 in favour of the Stars.

Ghana’s clash against South Africa is scheduled to be played on March 25, 2021.