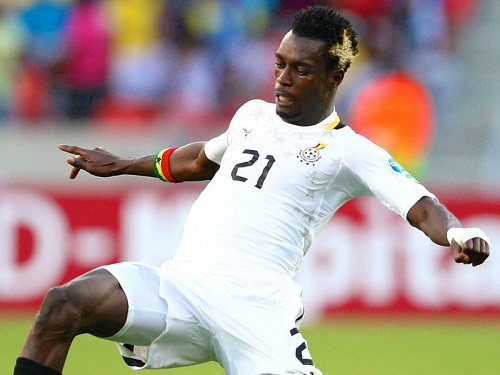 CK Akonnor has maintained that Metz defender John Boye remains an integral member of the Black Stars despite his omission.

Missing in the list is in-form John Boye who has been an important player for Metz in the French top flight this season and even captained them to a crucial away win against Amiens SC last weekend.

Responding to a question on the 32-year-old absence, Akonnor said his chance will come.

â€œJohn Boye, Jonathan Mensah, Harrison (Afful) and the rest, I respect them, you know I have been a player before and I know what theyâ€™ve done for this country and if the need be for them to come into the team, they will,â€ he revealed in a press conference.

He added: â€œI made mention of the squad that played the last time, this is my first time, I donâ€™t want to change things too muchâ€¦John Boye and the rest, they are important, their time will comeâ€ he concluded.

Ghana will be hosting Sudan at the Cape Coast Sports Stadium on March 27 and then play the reserve fixture on March 30 inÂ Omdurman.