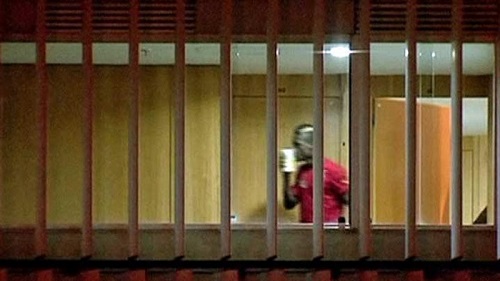 Black Stars defender Jerry Akaminko says John Boye did nothing wrong when he kissed his share of the hundred thousand dollars received at the 2014 World Cup in Brazil.

Ahead of Ghana's final match in the 2014 World Cup, the players held the nation to ransom due to the appearance fees owed them and it had to take the intervention of then-president John Dramani Mahama to fly the money to Brazil which attracted global attention.

The players had threatened not to take to the field if their monies were not paid.

Following the arrival and disbursement of the cash, John Boye was photographed kissing his share of the appearance fee which he received a lot of backlashes.

However,  Jerry Akaminko has jumped to the defence of his Black Stars teammate.

"He wasn’t wrong. The way football fanatics see these things is not the way we see it as athletes."

"For some one to work that hard and not get his money but receive later at that time."

"It was a different feeling and I am sure he did that for the camera."

"John Boye has seen a hundred thousand before maybe even more."

"If the players had received their money earlier nobody would have seen John Boye kissing the money,” he Citi TV.

Ghana experienced its worst World Cup in 2014, picking only a draw in three games that saw them exiting the tournament in the group stages.

Ghana were booted out of 2014 World Cup after losing the final game 2-1 to Portugal. They had lost the opening game to USA before drawing against eventual champions Germany.