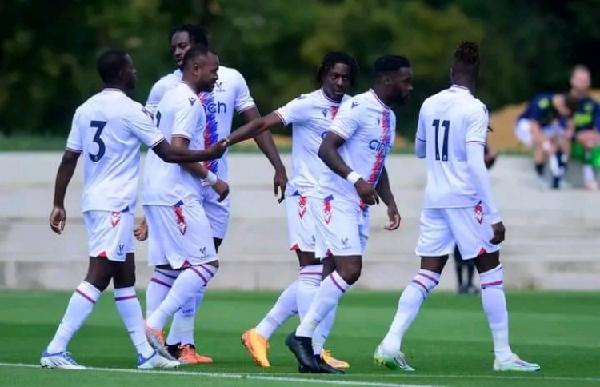 Black Stars forward Jordan Ayew was on the scoresheet for Crystal Palace in their preseason friendly victory on Saturday.

The Eagles were engaged in a nine goal thriller by Championship side Millwall FC after edging them out by 5-4 at the Crystal Palace training grounds.

Ghana's Jordan Ayew has already started his preseason and registered his name on the scoresheet to send the game to 2-1 after Eberechi Eze's early lead was cancelled just two minutes after.

The other scorers for Patrick Viera's side include Jake O'Brien, Christian Benteke and Ghana-bound midfielder Jesurun Rak-Sakyi.

Jordan, 30, featured in more than half of their matches last season but couldn't get the goals and will hope to massively improve on that heading into the new campaign.