JUST IN: Referees call off strike over unpaid allowances 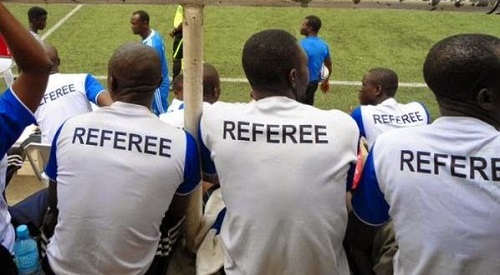 JUST IN: Referees call off strike over unpaid allowances

The Referees Association of Ghana (RAG) has called off their strike over their unpaid allowances after a meeting with the Ministry of Youth and Sports.

RAG on May 6, 2019, issued a statement that they have suspended their activities over their unpaid allowances and will only resume when that is settled.

The referees have not been paid since the start of the Normalisation Committee's tournament kicked off and the NC related that funds which are yet to be released by the government.

The Minister of Youth and Sports, Mr. Isaac Kwame Asiamah earlier assured that efforts were being made to resolve the issue of unpaid referees allowances to enable them to officiate the ongoing GFA Normalisation Committee (NC) Special Competition.

Today RAG met with the Minister to discuss the issue, the Public Relations Officer of the Ministry of Youth and Sports Elvis Adjei Baah says both parties have found a resolution to the impasse.

"The meeting was basically about the unpaid allowances and this has an effect on the NC tournament and by June Ghana is expected to submit its reps for African competitions and that had to be resolved. What I can tell you is all issues have been resolved and they have rescinded their decision" he told Citi FM.

Midweek fixtures of the Normalisation Committee Special Competition are now scheduled to be played tomorrow May 8, 2019. 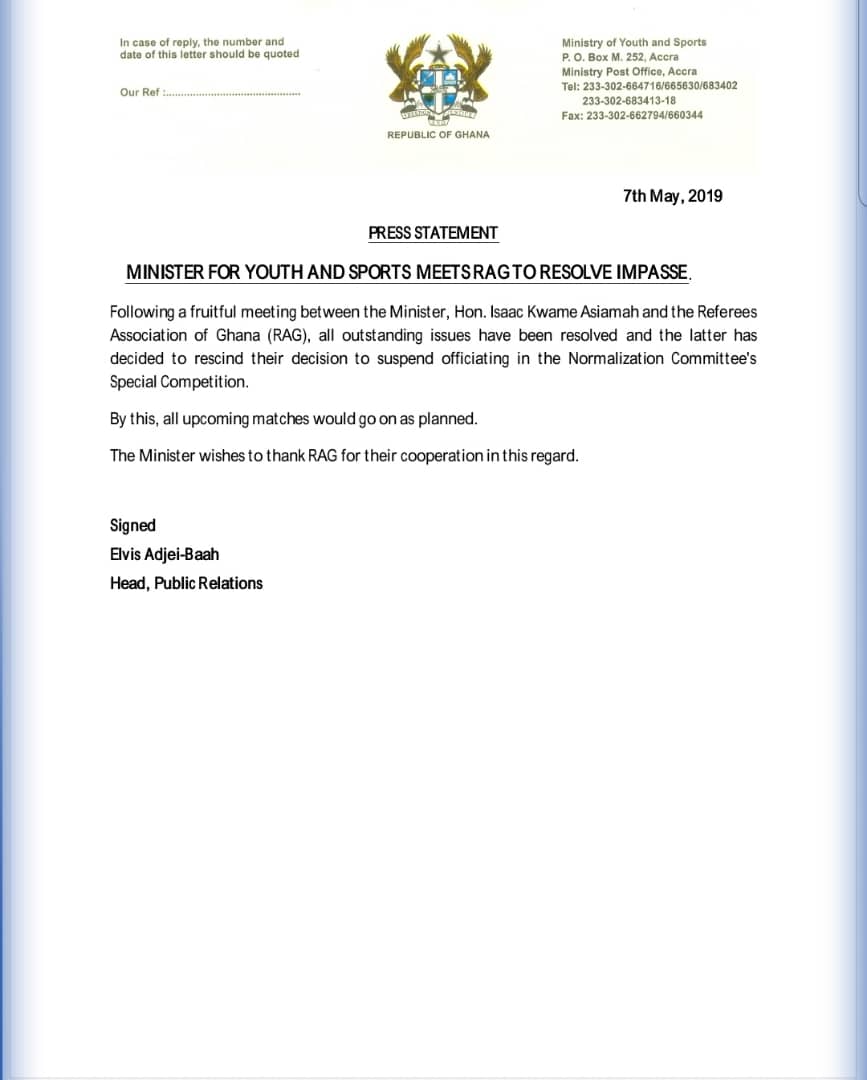