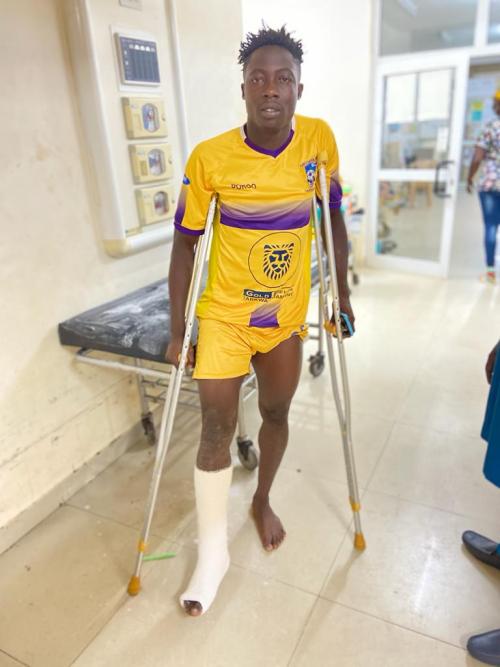 Justice Blay has spoken out for the first time since he sustained a potential season-ending injury in Sunday's clash with Legon Cities, with the Medeama SC midfielder vowing to bounce back â€œbetter, fitter and stronger than ever beforeâ€.

The midfielder had to be helped from the field just before the break in his sideâ€™s 2-1 win over Legon Cities following a challenge from Joseph Adjei.

Subsequent scans have confirmed that the midfielder has suffered a fracture of distal 1/3 of right fibula leading to him being ruled out for between 2-3 three months.

Taking to social media on Sunday however, Blay thanked supporters for their words of comfort and stated his intent to repay their faith down the line as he begins his long journey back to full fitness.

â€œThis afternoon in our (Medeama SC) GPL matchday 20 fixture at the Akoon Park, I was carried off after sustaining an injury. I was stretched from the pitch during the first half and taken to the Tarkwa Municipal Hospital. As my club said earlier, I am in high spirit now,â€ Blay on Twitter.

I have received a lot messages via phone calls, text messages, social media etc. From top officials, colleagues footballers, journalists /media, fans, family and friends in Ghana and around the world.

My club Medeama SC have already explained the extent of my injury and now I am under strict medical care as I begin the process of recovery and I know with the almighty God on my side, I will be back stronger.

Thanks for your support," he added. 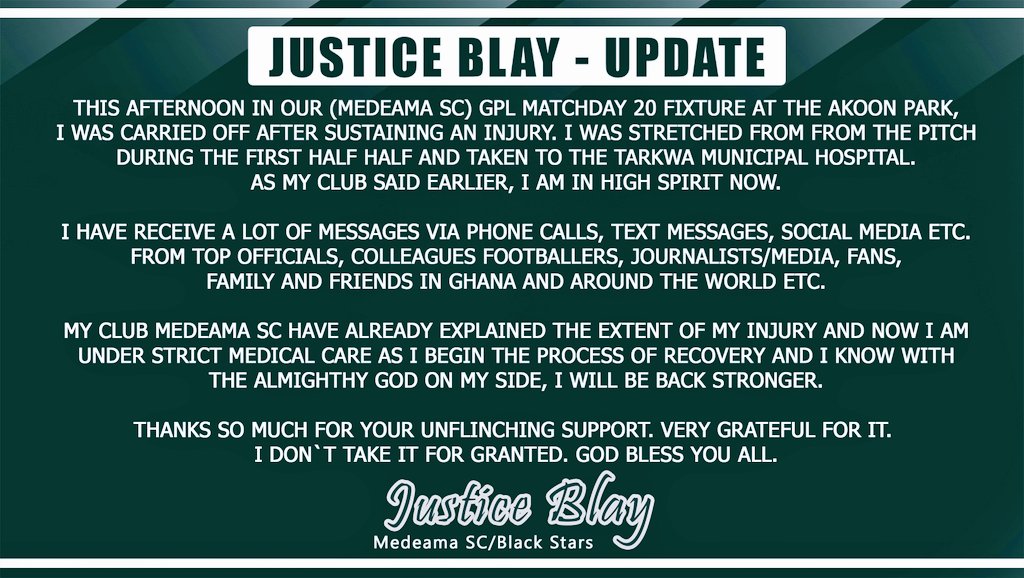