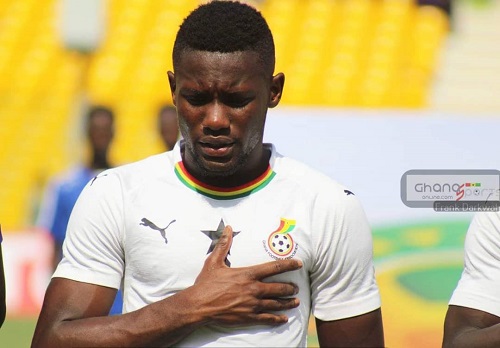 Black Meteors defender Kingsley Fobi has been left disappointed after Ghana failed to secure a ticket to the Olympic Games.

Ghana failed to pick up one of the three available slots to the Tokyo 2020 Olympics Games after their abysmal performance at the just ended U-23 AFCON in Egypt.

Egypt, Cote d'Ivoire and South Africa will be representing Africa at next summer's Olympics after earning automatically qualification due to placing first, second and third respectively in the U-23 AFCON.

According to Fobi, in as much as Ghanaians are disappointed they will be watching the Olympics without Ghana, the players are also sad they will not be at the competition.

"We are all disappointed we couldn’t make it to the Olympics. We all know how this would’ve meant for Ghanaians, players and coaches but sad we couldn’t make it. Failure is a bend in the road, not the end of the road. We will keep growing and moving forward 🇬🇭.

Cote d'Ivoire edge Ghana 3-2 on penalties in their semi-final clash before South Africa made matters worse by beating the Black Meteors to end their dream of booking a ticket to Tokyo 2020 Olympic Games after winning on penalties in the third-place playoff.

The young Bafana Bafana edge past Ghana 6-5 on penalties after 2-2 scoreline in regulation time to win the third-place match at the Cairo International Stadium.

The result means Ghana's wait to qualify for their first Olympic Games since 2004 continues. 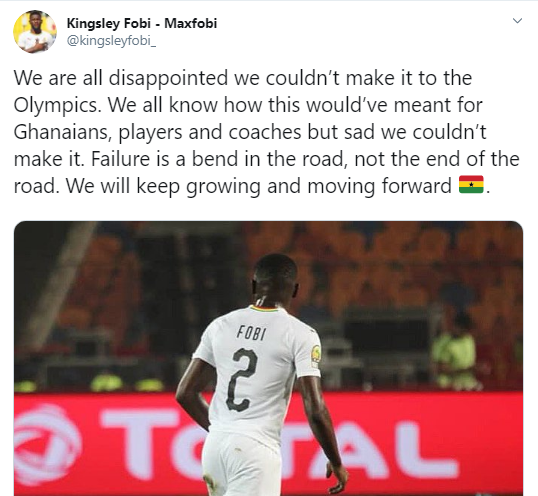