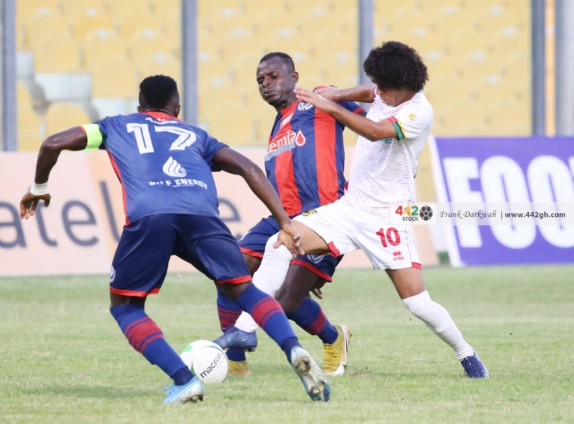 The Ghanaian giants for the first time last weekend under new manager Mariano Barreto suffered a defeat when they lost 2-1 to Medeama SC on matchday 21 of the Ghanaian top-flight league.

Returning to action on Saturday in a matchday 22 encounter of the Ghana Premier League season, the Porcupine Warriors stepped up to put up a performance and deserved all three points.

READ ALSO:Â We owe no one any agent fee - Kotoko react to Kwame Opoku's transfer

Kotoko started the game brilliantly and piled pressure on the Royals.

Their pressure paid off as a free-kick from Fabio Gama was guided into the net by Augustine Okrah.

Barretoâ€™s men contained Legon Cities throughout the rest of the game to pick up their fifth away win of the season.

Legon Cities on the hand now sit in the relegation zone after the defeat.

The Accra-based club have 23 points after 22 games and pressure is piling on Bashir Hayford.

Legon Cities dropped into the bottom three after a dramatic win by Eleven Wonders on Saturday afternoon.

Eleven Wonders responded well and got their equalizer through Mohammed Tetteh who converted a penalty kick.

Ignatius Fosu-Oseiâ€™s men left it late as talisman Samuel Boakye grabbed the winner with less than five minutes to play.

The result catapulted Eleven Wonders out of the relegation zone.