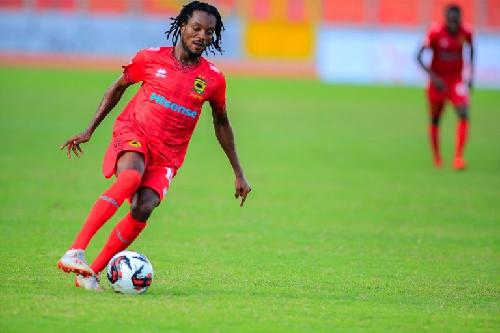 Asante Kotoko are heading to the Court of Arbitration for Sports (CAS) in the hope of overturning Richmond Lamptey’s match-fixing ban.

Lamptey was banned from all football-related activities for 30 months by the Ghana Football Association Disciplinary Committee in May for his involvement in the match-fixing scandal involving AshantiGold and Inter Allies during his time with Allies.

Lamptey joined Kotoko from Inter Allies on a three-year contract in September 2021, and he helped the Kumasi-based club win the Ghana Premier League last season.

However, the ban means he will be unable to play for the Porcupine Warriors in the upcoming season, which Kotoko are unhappy about because he is vital to their plans.

“Management this morning have directed our legal team to begin processes at the Court of Arbitration for Sport ( CAS ), in respect of the Richmond Lamptey’s appeal,” Kotoko said on Friday.

Lamptey’s former club, Inter Allies have been relegated to the Division Two League, along with AshantiGold.