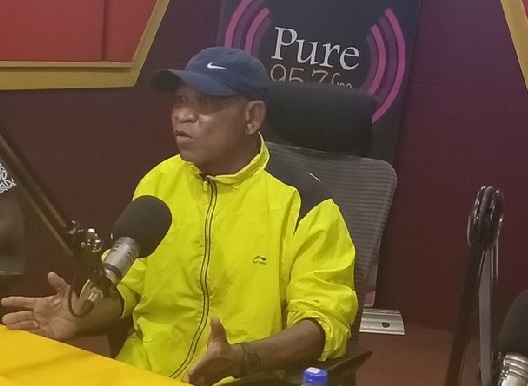 Ex-player and coach of Kumasi Asante Kotoko, Abdul Razak is charging the club to do their best to honour their heroes.

Abdul Razak popularly called the "Golden Boy" believes that it would be right for the Porcupine Warriors to pay homage to their legends for their tremendous services.

According to Golden Boy, who had 3-stint with Kotoko said just as it is been done elsewhere the Kumasi-based club can name table a proposal to the Life Patron of the club Otumfuo Osei Tutu II for names of their legends to be named after streets.

Speaking to Pure FM in Kumasi, Abdul Razak won a host of silverware with Asante Kotoko as a player including the Ghana Premier League in 1981, 1986 and 1987, implored the club to have a second look at how they treat their legends.

He also won the 2003 Ghana Premier League title for Kotoko as their coach.

"Asante Kotoko should do something to honour their legends. For example, naming some ex-players of the club after the streets in Kumasi wouldn't be a bad thing. They can consult Otumfuo for that. We the old players and our family will feel proud," Abdul Razak told Pure FM.

In 1975, Golden Boy moved to Asante Kotoko. After a four-year spell with Kotoko in 1979 he left for the New York Cosmos of the NASL.

The Ghanaian forward in 1981 decided to return home, signing with his former club Asante Kotoko. After one year, he moved, this time to Al Ain of UAE,

He returned to Ghana for a third spell with Kotoko and after three seasons Razak moved to Ivorian side Africa Sports of Abidjan.