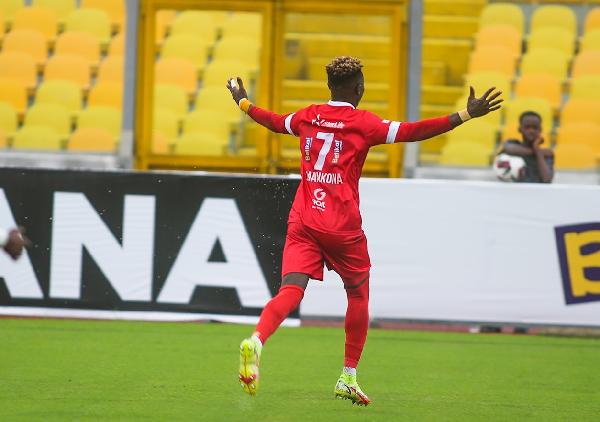 Kumasi Asante Kotoko have picked up their first win of the season following victory over Nsoatreman FC.

The Defending champions recorded a 2-1 win over the visitors at the Baba Yara Stadium on Wednesday.

Kotoko shot in the lead in the 15th minute via a penalty converted by former Berekum Chelsea attacker Stephen Amankonah.

The home side increased their tally 2 minutes after break through Isaac Oppong before Philip Ofori halved the deficit for Nsoatreman FC minutes later.

The Porcupines held on to win the first game of the season.

The win has moved Kotoko to 9th on the table with 4 points. This is after Sunday's 1-1 draw against Hearts of Oak.

Kotoko have a game in hand against Bechem United.