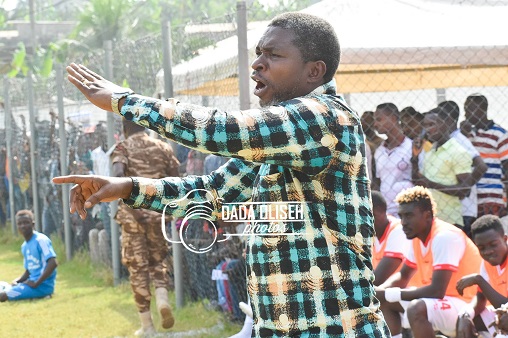 Asante Kotoko coach Maxwell Konadu has vowed that never under his watch will his outfit start a match with 10-men.

Football fans were thrown into a state of shock following Kotoko and Aduana Stars starting a league game with 10 players, instead of 11, due to superstition.

The two teams played an entire first half with 10 players due to superstition when they faced off in a top of the table clash in Dormaa on matchday 11Â of the Ghana Premier League.

The Porcupine Warriors began the game without Martin Antwi, despite the player being named in the starting line-up.

The Dormaa based side also left defender Farouk Adams from their starting eleven after Kotoko showed up on the pitch without midfielder Martin Antwi.

Reacting to the incident Maxwell Konadu said he has moved on from that incident.

"I keep saying that, I don't want to revisit that issue. Let's put it behind us and move on. I can promise that thing will never happen again."

Speaking on today's clash against Bechem United, the former Black Stars assistant coach noted that his outfit will come to the party after the Asokwa Deportivo defeat.

"After the Obuasi defeat, we have done our corrections and I think confidence-wise our confidence level was low and we have psyched them. I believe today against Bechem United the boys will lift up their game."Â

"The only thing that can make us win our game is we have to work a bit harder than our previous game and the result that I have seen from training means we can beat Bechem United."