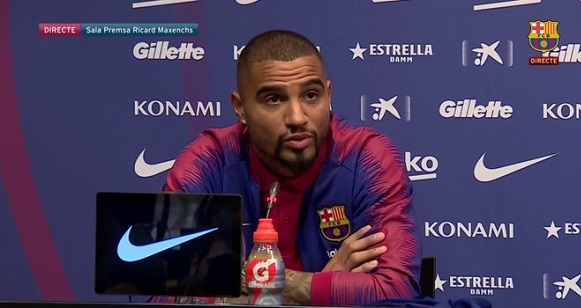 Ghanaian midfielder, Kevin Prince-Boateng has said that there is a lot to football than just getting kitted up for the field… the game offers cultural opportunities.

The heavily-tattooed attacker has played in no less than four countries in his career: Germany, England, Italy, and Spain.

"I think without football I would not be as smart as I am today, because everyone thinks that the word football means being on the pitch or scoring a goal or a heel, but it has helped me to become smarter, more open and learn so many languages," Boateng told Sky Sports Italia's The Lord of Football Show.

The Ghanaian concluded his point by suggesting Neymar as an example of top talent with a strong personality.

"Football is more than just shooting and scoring, which is what we need to know, even for young people, because today we see Neymar making a number and we all applaud him, of course, he is one of the strongest players,” he added.

The 31-year-old forward was an international in Germany's lower categories until he achieved dual German-Ghanaian nationality in 2010.

Playing for Ghana has allowed him to participate in two World Cups - South Africa 2010 and Brazil 2014 - where he faced his brother. The first match ended 0-1 in favor of the German team, while in 2014 the match ended with a heroic 2-2 draw.