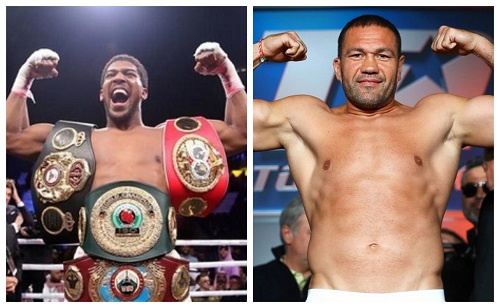 The Bulgarian confirmed the fight against the world IBF, WBA, WBO and IBO heavyweight champion on Monday.

â€œThe contract is already officially signed,â€ the 38-year-old former European amateur super-heavyweight champion wrote on his Facebook page. â€œI am happy to be able to show the world how strong I am.â€

Joshua, 30, beat Andy Ruiz Jr on points in a December rematch in Saudi Arabia to win back the world titles Ruiz had taken from him at Madison Square Gardens six months earlier.

Known as â€œThe Cobraâ€, Pulev challenged for the IBF world heavyweight title in 2014, losing to Wladimir Klitschko in Hamburg on a fifth-round knockout.

Joshua last fought in London in September 2018 when he beat Alexander Povetkin at Wembley Stadium. If Joshua beats Pulev he could be in line for an all-British title unification fight against Tyson Fury.