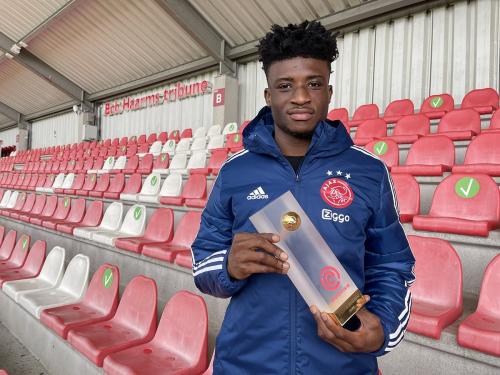 Ajax midfielder Kudus Mohammed has been named talent of the month in May in the Eredivisie.

The 20-year-old had a blistering end to the season, playing in all four games in the month of May to receive the accolade.

He was presented the award at the Toekomst sports complex.

Kudus netted two times in May and contributed two assists, including a Man of the Match award against Vitesse on the final day.

"Mohammed Kudus has been personally decorated for his game on the Dutch fields in recent weeks,â€ Ajax have announced on their official website.

"The Ajax midfielder has been named talent of the month in May in the Eredivisie. Kudus received the accompanying trophy at the Toekomst Sports Complex.

"Twenty-year-old Kudus came into action with Ajax four times this month and scored a hundred percent in terms of victories: FC Emmen (4-0), Feyenoord (0-3), VVV-Venlo (3-1) and Vitesse (1-3) were all defeated. The Ghanaian was also accurate against Feyenoord and VVV-Venlo.

"Kudus succeeds teammate Jurrien Timber, who was awarded the prize in April."

Meanwhile, the Ghanaian was also named in the Eredivisie Team of the Month following his blistering performances.

He was joined by two other teammates.Â Kudus won the Eredivisie title as well as the KNVB trophy with the team in his first season. 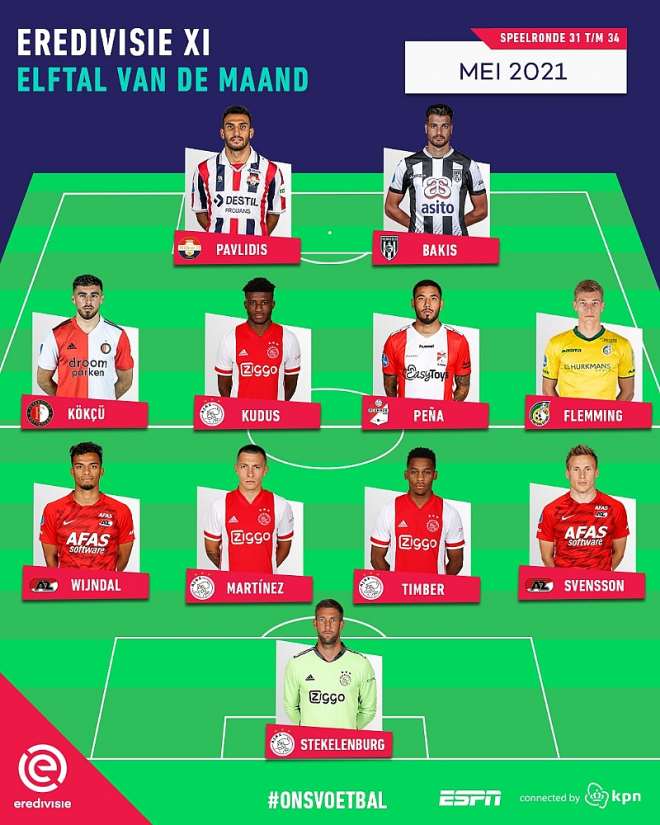