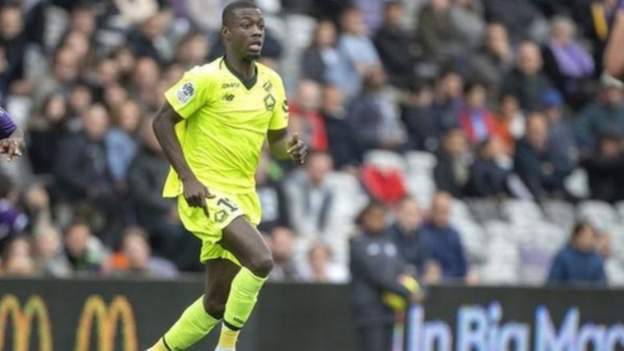 The 23-year-old won the prize ahead of Tunisia's Whabi Khazri (Saint-Etienne) and Senegal's Ismaila Sarr (Rennes).

Pepe is the third Ivorian winner of the award named in honour of Foe, who died after collapsing on the pitch in 2003.

"This is for the entire team after a great season," he told French radio station RFI, who organise the award with television station France 24.