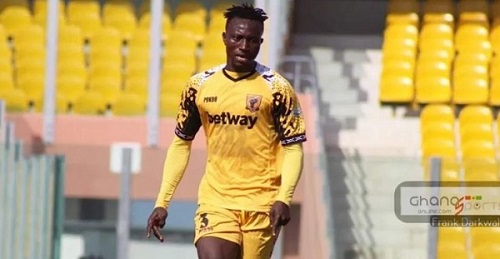 Akonnor on Tuesday, March 3 announced his 23-man squad for the AFCON 2021 qualifying matches against SudanÂ initially scheduled to come off this month but has been postponed due to Covid-19.

The defender who was tipped to make the 23-man squad was left out despite the coach handing 4 local players an invite.

Speaking for the first time on the snub, the 24-year-old said the local players inclusion has given him hope that hard work pays off.

â€œI wasnâ€™t disappointed at all. Seeing fur local players in the squad inspires me to work even harder.Â Â I believe inÂ  hardwork. Iâ€™m confident my time will come.â€ He told Zuria FM Hausa Sports.

â€œI have been working very hard. The competition in the team is not easy. I will keep working hardâ€

Meanwhile, the defender has named the toughest striker he has come up against this season.Â

The defender has been a rock-solid for the Miners as they have one of the best defence in the league this season.Â  After 15 matches in the suspended Ghana Premier League, the defender has come up against some tough strikers.Â

"All the strikers are tough and difficult to play against. I didnâ€™t find it easy against all of them but stopping Yahaya Mohammed was the difficult of all."