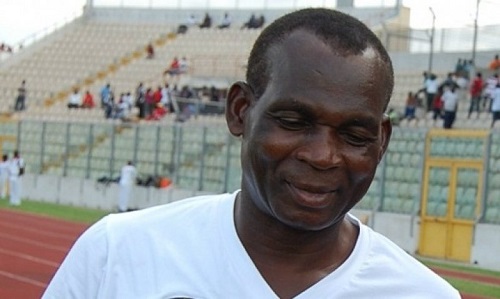 Black Stars and Asante Kotoko legend Malik Jabir has confirmed that he has applied for the position of the Technical Director role at the Ghana Football Association following the exit of Francis Oti Akenteng.

The GFA are seeking for Francis Oti Akenteng's successor whose contract expired at theÂ last month.

The FIFA/CAF instructor who led the GFA technical director role for the last decade opted not to renew his allegiance with the GFA.

Due toÂ Malik JabirÂ high interest for the Technical Director position, the 75-year-old has sent his application letter to the GFA.

â€ I have applied for the Ghana Football Association technical director role. With my experience in football and coaching I think I am capable of doing a good job for thereâ€ he toldÂ  Kumasi based Ashh FM.

He has previously coached ASFA Yennega in Burkina Faso and was once a technical advisor for Nigerian club Kano Pillars.

Malik Jaber is the second local coach to publicly express his interest in the job after Bashir Hayford.

Meanwhile, Bashir Hayford says it will be a dream come true to land the position of the Technical Director role.

Hayford who is back in Ghana after leaving his job as head coach of Somalia's national football team in February said he wants to give back what he has learned to the country's football governing body.

â€œThat will be the happiest time in my life because I have prepared myself very well to take up every challenge in football so that I can help serve my country."Â

â€œMy dream is that one day I will give what I have learnt back to the FA.

"So that [leading the technical directorate] will be my happiest day if I assume that seat.â€