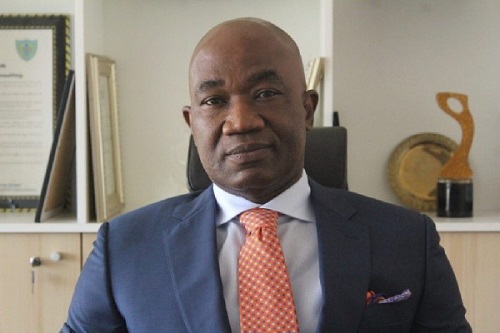 Nzema Kotoko boss, Mark Addo has spoken for the first time after the Executive Council (ExCo) voted him as the new Vice President of Ghana Football Association.

The decision was taken on Tuesday at the maiden meeting of the ExCo after the October 25 elections in Accra.

He garnered 6 votes to beat off competition from Randy Abbey and Tony Aubynn who had 4 and 1 votes respectively.

Speaking after his victory, Mark Addo acknowledged the ExCo members for reposing confidence in him and said he bent on giving his all to restore Ghana football to its glory days.

"I want to thank my ExCo council members who voted and have confidence in me, that's the most important thing."

"Like I always say to God and Country I have to thank them for having the confidence to elect me to be the Vice President to support Kurt Okraku."

"We all know what happened to our game, we want to restore it to its former glory."

"What I am bringing is quite in line with all what the ExCo has in mind ..."

Who is Mark Addo?

West Blue is engaged for the provision of the National Single Window and Risk Management System in Ghana. Mark prior this appointment has had an 18-year progressive experience as a global business executive in the Mining, Information Technology and Manufacturing Industries Globally.

He was the recent Vice President of Endeavour Mining Corporation, a mid-tier West Africa focus Gold Mining entity where he was responsible for Business Sustainability that included management of HSE, Business Development, Corporate Affairs and Government Relations.

Prior to the Merger with Endeavour, Mark was the country manager for Adamus Resources where he played a pivotal role in the start-up, development and merger with Endeavour Mining. Mark’s efforts were instrumental in the development of Adamus Resources growing from an exploration entity to $60 million valuation on the ASX to a combined post meagre value of $597 million in 2011.

Mark holds a Bachelor of Science degree in Applied Mathematics from City College of New York and an MBA (Finance / International Business) from Columbia University in New York.