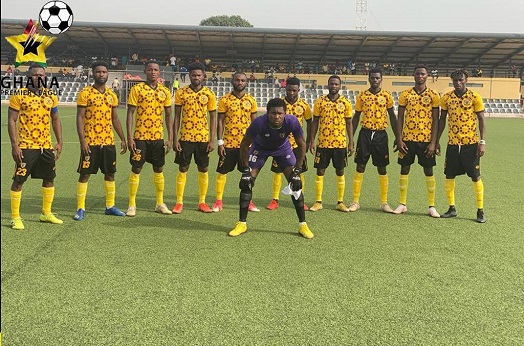 Former AshantiGold Chief Executive Officer, Frederick Acheampong has reacted to the club’s demotion from the top-flight league next season following the recent verdict from the Ghana Football Association Disciplinary Committee.

The miners have been demoted together with Inter Allies to Division Two for engaging in match-fixing and match manipulation.

Frederick Acheampong lamented how the club had to be relegated through this unsporting behavior by some officials of the club.

He advised that the club as an entity should appeal its case at the Appeals Committee.

“It’s sad Ashantigold SC is going to be demoted. They are the third biggest club in the country with history and everything. Ashgold is the third force in Ghana behind Hearts of Oak and Asante Kotoko. The club that has run for soo many years till now and to go on relegation it should be on sporting merits and not through this way."

"It’s very disappointing and sad things are going this way. If you have been close to the team you will understand that it’s a big issue for the club and its supporters."

"Ashantigold SC as a club can make an appeal that will be proper exclusively. They should add the players and officials involved. Just the club will be a step in the right direction. The Corporate entity as Ashgold and Inter Allies should appeal but I don’t have a problem with those who have been sanctioned," he added.