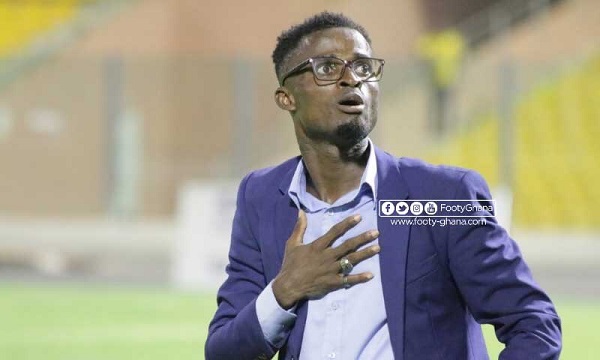 Ghana Premier League side Medeama SC have sacked their head coach Ignatius Osei-Fosu after 3 months in the job.

According to reports, Ignatius Osei-Fosu who signed a three-year deal in August has been yanked by the Tarkwa based club following the club's poor start to the season.

Medeama SC are yet to win a game in this year's league. The Mauve and Yellows have only two points after 3 games and sit 13th on the log.

Medeama SC will this weekend host Karela United at the Akoon Park.

The CAF license A holder joined the Miners on a two-year deal and has become the first casualty in the 2021-22 Premier League season.

The former Ebusua Dwarfs gaffer picked four points out of a possible nine in the current season after three games and are lying on the ninth position.