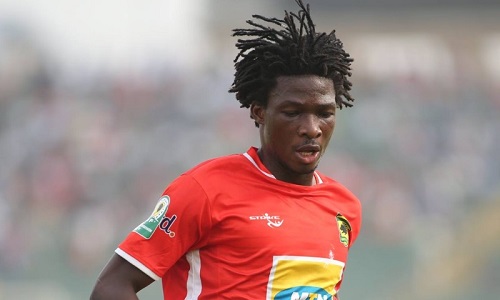 Medeama SCÂ have pulled out of a deal to sign striker Songne Yacouba after the player made a last minute change of mind, according to reports.

The Mauve and Yellows were keen on making the striker their marquee signing in this open transfer window to augment their attack, however, the Burkina Faso international scuppered the deal at the last hour after holding the club toÂ ransom.

According to our checks, the Tarkwa based club had already structure a two year deal with Yacouba's representatives and all left was the player's signature.

At the meeting to sign the attacker, Medeama had to walk out of the deal after the 29-year demanded $100,000 a year contract, before inking a deal an amount the Ghana Premier League club deemed ridiculous.

Songne Yacouba is a free agent afterÂ Asante Kotoko refused to extend his contract as they also felt his financial demands were outrageous. its is said YacoubaÂ  demanded $150,000-a-year salary to stay at the club.

It could be recalled that Asante Kotoko National Circles CouncilÂ (NCC) Chairman, Christopher Damenya months ago said that some two million supporters of the club have agreed to contribute in order to pay for the striker to stay after Executive Board chairman Kwame Kyei had claimed that the Burkina Faso international is demanding $150,000 before signing a new contract.

"A total of two million Asante Kotoko supporters are ready to pay for Yacouba to stay, he is ready to stay and we will engage him as National Circles and will solve every misunderstanding," he said.

However, Nana Coker has rubbished the claims, stating never for once did the NCC raised the top topic about Yacouba's transfer saga in their meetings.

"Ever Since Christopher Damenya Was electedÂ  as the NCC chairman, management have had two meetings with them, One in Accra and One In Kumasi, I can confidently say among the agenda they presented for discussion, they never informed management been it official or unofficial that they wanted to pay part of Yacoubaâ€™s asking price or pay full, itâ€™s because of financial difficulties that we are parting ways with Yacouba so how would we reject such an offer from a body whoâ€™s in existence because of Kotoko, Itâ€™s Never True,â€ he told Kumasi-based Ezra FM