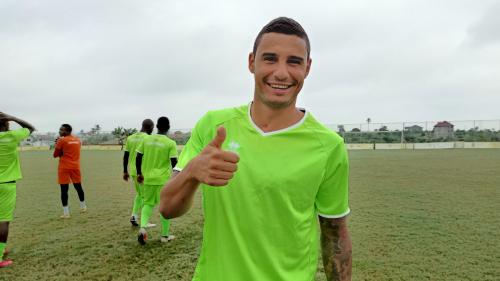 Michael Vinicius has started hisÂ Asante Kotoko career after training at the club's training base Adako JachieÂ for the first time since his move.

The former Fluminense forward who agreed a two-and-half-year deal with the Porcupines has begun preparations for the second round of the Ghana Premier League with his new teammates.

Kotoko two weeks ago announced that they have secured the signature of Michael VinÃ­cius Silva de Morais.

Â He is expected to fill the role vacated by Kwame Opoku who has left Kotoko to join Algerian side USM Alger.

Michael VinÃ­cius Silva de Morais is the secondÂ Brazilian to play for Kotoko this season after Fabio Gama Dos Santos.

Asante Kotoko finishedÂ  4th position on the league with 27 points in the first round of the Ghana Premier League.