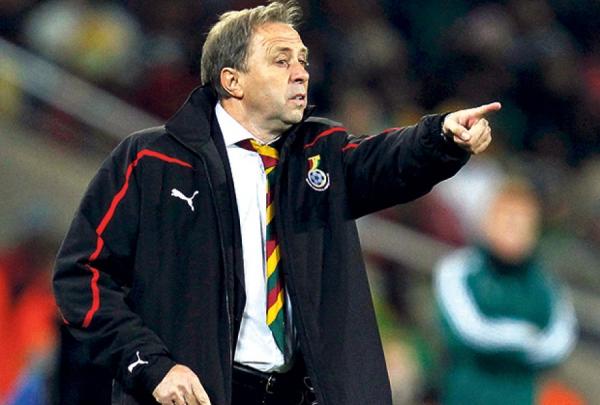 Milovan Rejevac says he will gladly welcome the opportunity to take charge of the Black Stars for a second spell.

According to the Serbian trainer, he loved every moment of his time working with the four-time African Champions and he will not think twice of returning to manage the team if the opportunity presents itself.

READ ALSO:  I will not call players based on their names - CK Akonnor

"Off course Ghana is my second country and the success I achieved there and how I felt cannot be compared to anything in this world. I still have many friends and in touch with a lot of them. Everyone at the GFA, the media and my technical team contributed to my success, it was a collective success,” he told KUMASI FM.

”I will visit Ghana in the future at least as a tourist but to talk about professional engagement, of course, I will be interested, it will be very difficult to reject it because of my feelings for Ghanaians,”

Milovan Rejevac handled the west Africans between 2008 and 2010, leading the side to the final of the 2010 Africa Cup of Nations, where they lost to Egypt by a lone goal.

He also guided the team to the quarter-final of the 2010 FIFA World Cup in South Africa. Rajevac quit Ghana coaching job after the World Cup on 8 September 2010, and took up a position with Saudi Arabian team Al-Ahli a day later.