I will not call players based on their names - CK Akonnor 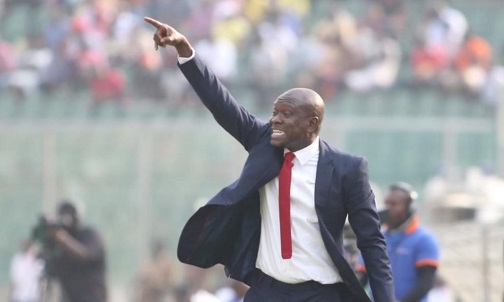 Black Stars coach Charles Kwablan Akonnor has shared that he will not be inviting players into the national team set up based on their names.

CK Akonnor in early January was appointed as Black Stars coach on a two-year contract. He replaced Kwasi Appiah, whose contract was not extended by the Ghana Football Association (GFA) after it expired at the end of December 2019.

Akonnor has been tasked to win the 2021 Africa Cup of Nations tournament and qualify the Black Stars to the World Cup in 2022.

The former Ghana international is yet to play any official game following the suspension of football, due to COVID-19.

Speaking in an interview, the gaffer indicated that players will have to merit their national team call-up.

"I will not call players based on their names you know because he is C.K Akonnor and he is playing in Manchester United so I should invite him, he told Joy FM.

READ ALSO: I signed a contract with GFA not Sports Ministry - Kwasi Appiah

Meanwhile, CK Akonnor has called for a platform for national team trainers to share ideas and help each other in their line of duty.