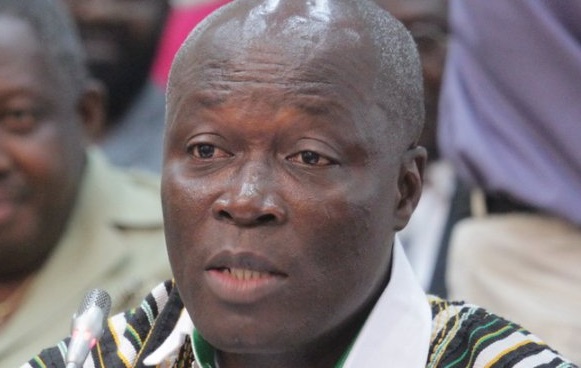 The meeting between a delegation sent by president-elect Nana Addo Dankwa Akufo-Addo and the senior national team, the Black Stars seems not to have pleased, Minister for Youth and Sports, Nii Lante Vanderpuye.

Nana Addo's spokesperson, Mustapha Hamid on Sunday led a team from the incoming government to meet the Black Stars at Alisa Hotel where he conveyed to the team the wish of Nana Akufo-Addo which was for the Black Stars to win the 2017 Africa Cup for the country.

Midfielder Emmanuel Agyemang-Badu speaking on behalf of the Stars assured that ''with the quality in camp, the cohesion and team spirit, I think Nana will be proud of us by the time the tournament ends".

But for Mr Vanderpuye who is expected to hand over after Nana Akufo-Addo is sworn-in on January 7, it was disrespectful that such a meeting took place without his knowledge.

According to him, it was only "appropriate" for his office to have been informed about the meeting because the team belongs to the State and it is under the care of outgoing President, John Dramani Mahama who in turn has mandated his minister to take charge.

Speaking on JOY NEWS' AM Show on Monday, the Minister said he deserved some respect since "I am going round looking for the budget for the team to go to Gabon."

He said the Black Stars has every right to congratulate the incoming President, but "if the team is going to be involved in anything it is appropriate to inform me."

"The Minister of Youth and Sports on behalf of the President and Ghanaians should be informed", he said.